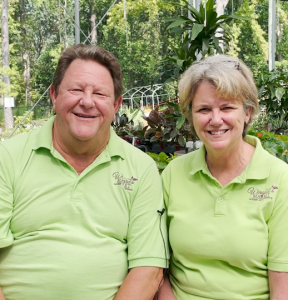 Wingard’s Market grew out of Margie and Judson Wingard’s hobby of a love of plants and their desire to help others enjoy them just as much as they did. Today, as they are about to celebrate their 55th anniversary, owners Wally Steinhauser and Delores Wingard Steinhauser are preparing the nursery for a bright future. They recently expanded their Gift Shoppe, they have plans for a larger fresh market, and they remain commited to being one the top local garden centers in the country.

Below is a full audio podcast version of our conversation with Wally Steinhauser and Delores Wingard Steinhauser, the owners of Wingard’s Market