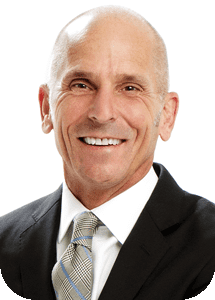 Federal Home Loan Bank of Atlanta (FHLBank Atlanta) announced the results of the 2019 director election. The Bank conducted an election to fill the member directorship for South Carolina, and two independent directorships. Each of the directors-elect will begin a four-year term commencing on January 1, 2020.

Mr. Handorf has served as a professor of finance and real estate at The George Washington University’s School of Business in Washington, D.C. since 1975. From 2001 to 2006, Mr. Handorf served as a director of the Federal Reserve Bank of Richmond’s Baltimore branch, including two years as chair. From 1992 to 1995, Mr. Handorf served as a private citizen director of the FHLBanks’ Office of Finance. He currently serves as vice chairman of the Finance Committee of FHLBank Atlanta’s board. Mr. Handorf has previously chaired the Bank’s Finance Committee, the Audit Committee, and the Enterprise Risk Committee, and also served as vice chairman of the board.

Mr. Rucker has served as managing director of Stifel, Nicolaus & Company, Incorporated (Stifel), an investment banking firm, since 2015, and manages Stifel’s affordable housing business. Mr. Rucker was a founding partner and managing director of Merchant Capital, L.L.C., a public finance investment banking firm, from 1987 to 2015, which was acquired by Stifel in 2015. He is also a registered municipal advisor. He was a member of Fannie Mae’s Southeast Regional Housing Advisory Council and Fannie Mae’s National Housing Impact Advisory Council in 2004 and 2005. He has also served on the board of directors of the National Housing & Rehabilitation Association since 2003. Mr. Rucker served on FHLBank Atlanta’s Affordable Housing Advisory Council from 2012 to 2016, serving as its vice chairman from 2014 to 2015, and as its chairman in 2016. He currently serves as chairman of the Housing and Community Investment Committee of FHLBank Atlanta’s board.

About the Federal Home Loan Bank of Atlanta