A federal judge in Charleston, SC has ruled in favor of Wyche client Zdenek Bakala, a Czech-American entrepreneur and philanthropist residing in South Carolina, in a defamation case against Slovak businessman, Pavol Krupa.

Judge David Norton of the U.S. District Court found Krupa liable on two counts of violations of the Racketeer Influenced and Corrupt Organization Act and one count of common law defamation, awarding damages of over $32.4 million.

“We’re very pleased with Judge Norton’s ruling in this case and view it as a positive step in repairing the damage inflicted by Krupa’s years-long campaign to intimidate, defame and extort our client,” said Marshall Winn, Wyche member and lead attorney for Mr. Bakala. 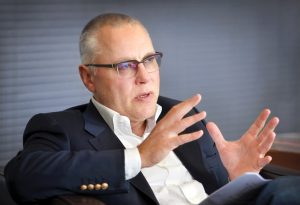 Bakala’s lawsuit, which was filed on his behalf by Wyche in September 2018, detailed countless lawsuits, death threats and fraudulent criminal complaints instigated by Krupa in the Czech Republic beginning in 2016. Those efforts culminated with Krupa, a close ally of current Czech President Miloš Zeman, attempting to extort $23 million from Bakala.

“This victory comes at the same time a lengthy investigation of Mr. Bakala by Czech authorities found that allegations filed against our client by Krupa were entirely baseless,” Winn said. “Collectively, these outcomes vindicate Mr. Bakala while exposing the lengths to which Krupa was willing to go. Mr Bakala can take comfort from the fact this ruling will surely prevent others falling prey to these sorts of tactics.”

Following Judge Norton’s ruling, the Court entered judgment against Krupa in the total amount of $32,406,146.94 to compensate Mr. Bakala for injury to his reputation, for his expenses in combating Krupa’s scurrilous campaign, and for his legal fees.  The judgment also included an award of $6.5 million in punitive damages.

Wyche is a full-service law firm that has served the community for 100 years. In that time, Wyche has participated in landmark litigation, served as counsel on cutting-edge transactions, and provided community leadership that has helped shape and drive our region’s growth and success. With offices in Greenville, Spartanburg, and Columbia, Wyche is the South Carolina member of Lex Mundi, the world’s leading association of independent law firms.