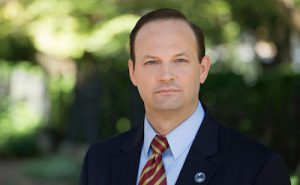 On Tuesday, Federal Judge Terry A. Doughty in the U.S. District Court Western District of Louisiana (Monroe) sided with South Carolina Attorney General Alan Wilson and blocked the federal government from requiring healthcare workers to be vaccinated against COVID 19. South Carolina is one of 14 states suing to stop the mandate, arguing that President Biden does not have the authority for the mandate because, among other things, it violates the Tenth Amendment, which reserves to the states or to the people any powers not expressly given to the federal government.

While the rule is blocked, the government cannot force healthcare workers to get vaccinated. However, hospitals and private employers can still require vaccinations on their own.

The lawsuit points out the numerous legal problems with the mandate.

Ironically, instead of promoting public health, this mandate endangers the vulnerable people who are supposed to be protected by Medicare and Medicaid—the poor, sick, and elderly—by forcing termination of millions of healthcare workers who are essential to providing healthcare services.

The lawsuit asks the Court to hold that the vaccine mandate is unlawful and vacate it, while preliminarily and permanently blocking the Biden Administration from implementing it.

You can read the lawsuit here.