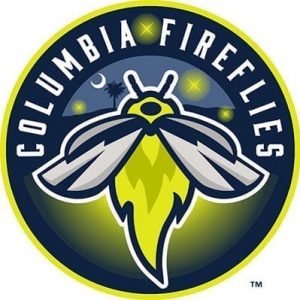 The Columbia Fireflies announced game times, fireworks nights and highlights of the initial promotional calendar for the 2020 season. Opening Night at Segra Park will be on Thursday, April 9th at 7:05pm against the Augusta GreenJackets (San Francisco Giants). Opening Night will be a Budweiser Thirsty ThursdayTM and will conclude with post-game fireworks.

The Fireflies kick off their fifth season with a seven-game homestand featuring three consecutive fireworks shows beginning with Opening Night. In total, there are 20 firework shows and five giveaways scheduled for the 2020 season. Every Saturday night game will end with fireworks, as well as the first Friday home game of each month. The Fireflies have two additional Thursday fireworks shows on June 11th and September 3rd. The remaining Friday home games throughout each month will feature a giveaway. The Fireflies will also host their annual Independence Day Celebration presented by Encompass Health on Saturday, July 4th which will again feature a spectacular double fireworks show post-game.

Game times for 2020 Fireflies home games at Segra Park will stay the same as last season with all Saturday games being played at 6:05pm. Weekday games (Monday-Friday) will begin at 7:05pm, with the exception of the following dates:

The four games with an 11:05am start time are scheduled to reward members of the Fireflies Reading Program, but all are welcome to attend. The Fireflies are delighted to continue working with Prisma Health Children’s Hospital to make the reading program possible for children in schools throughout the Midlands. Enrollment for the 2020 Reading Program is open now.

Daily Promotions for the 2020 season will remain unchanged from 2019, although there may be some enhancements announced in the Spring. On Monday nights Kids Eat Free, as each child in attendance aged 12 and under will receive a voucher for a free hot dog and a drink. Tuesday games are $2 Tuesdays, featuring $2 hot dogs, popcorn and fountain sodas. There will be six Wag-Along Wednesdays in 2020 where fans can bring their dogs to the ballpark (Wednesday night games only; signed waiver required). Budweiser Thirsty Thursdays™ are back and feature half-priced domestic and craft draft beer and fountain sodas. Once again, all twelve Budweiser Thirsty Thursdays™ will feature $1 Bud Light drafts all night at the Budweiser Bow Tie Bar. Friday nights will feature a either a great giveaway item or a post-game firework show. Saturday games will host either a clever theme night or feature a national entertainment act such as the ZOOperstars! or Daniel Davis, a contemporary violinist. Sundays will again be Splash Sundays, featuring the Fireflies’ firetruck which gives kids of all ages the opportunity to cool off in the Splash Zone every half inning.

Theme Nights in 2020 are set to be bigger and better than ever before. Star Wars Night returns on Saturday, May 23rd. Fans of all ages are encouraged to come to the ballpark in costume and Star Wars apparel as the Fireflies take on the Asheville Tourists. The second annual Princess Knight will be held on Saturday, June 27th, featuring appearances by some of your favorite fairy-tale princesses. New to the Fireflies promotional schedule is A Night Under the Big Top on July 18th. This carnival-themed extravaganza includes a post-game performance by The Human Cannonball, David “The Bullet” Smith, who will shoot himself out of a cannon from the outfield to home plate. This will be David’s first time in Columbia. Fan favorite Grateful Dead Night will make its third annual appearance in 2020 on Thursday, September 3rd.

The full 2020 promotional calendar, including additional theme nights, will be released closer to the start of the 2020 season.

Season tickets for the 2020 season are on sale now. To purchase, visit the Fireflies Box Office at Segra Park, visit FirefliesTickets.com or call 803-726-4487. Plans start as low as $70.

Individual Tickets for the 2020 season will go on sale in February, with select dates going on sale during the holiday season.

About the Columbia Fireflies

The Columbia Fireflies are the South Atlantic League affiliate of the New York Mets. Winners of Ballpark Digest’s Best New Branding and Logo Award in 2016, the Fireflies play games across the southeast and mid-Atlantic regions, including against in-state rivals in Charleston and Greenville. The team partnered with the city of Columbia and Hughes Development to construct Segra Park, a multi-use outdoor sports and entertainment venue at the center of the BullStreet District. The Columbia Fireflies are owned by Hardball Capital, owners of the Fort Wayne TinCaps of the Midwest League and the Chattanooga Lookouts of the Southern League. For more information, visit www.ColumbiaFireflies.com, or follow the Fireflies on Twitter (@ColaFireflies), Facebook and all popular social media platforms.