First Reliance Bank announced Blake Dressler has been promoted to Charleston Market President and Frank Bullard to lead Corporate Community Relations across the bank’s South Carolina and North Carolina footprint. The advancement of these two leaders will help continue the bank’s unprecedented growth and significant expansion in the Southeast. 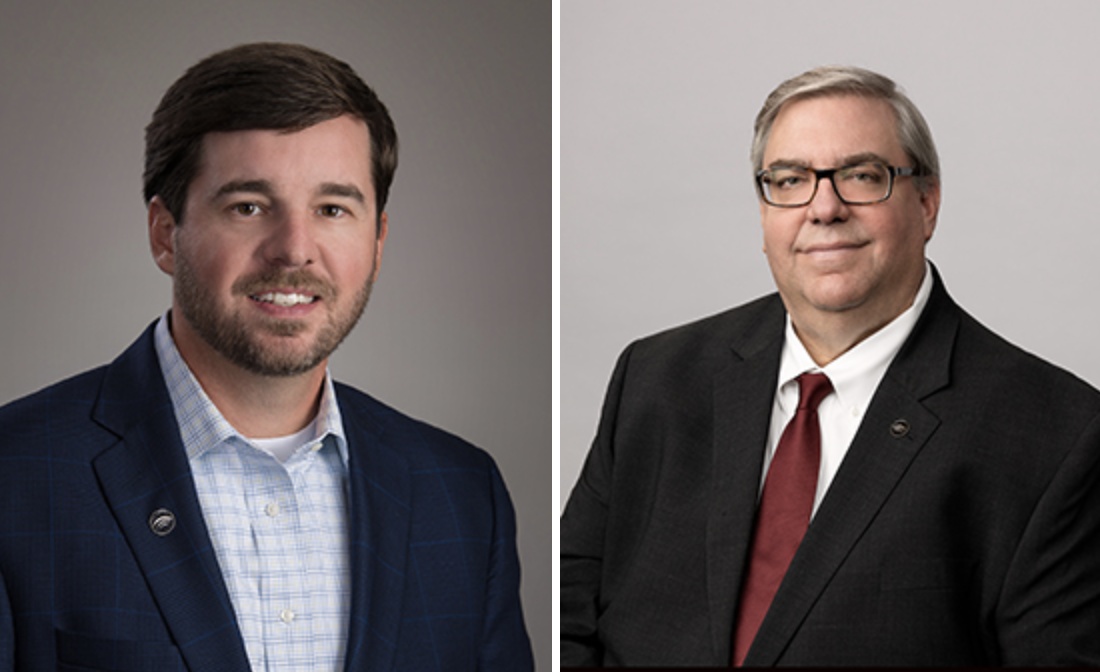 “Frank and Blake’s long-standing reputation as best-in-class bankers with unparalleled expertise has been an invaluable benefit since they first joined First Reliance Bank. They understand exactly who we are as a company and see the pathway forward to growth and market expansion,” said CEO and Founder of First Reliance Bank, Rick Saunders. “I am excited to see their continued success in their new roles.”

With over 13 years of banking and lending experience, Dressler recently served as senior vice president and senior commercial lender for the bank’s Charleston market. Dressler will be responsible for the strategic expansion of First Reliance Bank’s Charleston market by overseeing its sales management and community development. He received his B.A. from the University of South Carolina and graduated from the South Carolina Banker’s School program. Dressler recently completed Louisiana State University’s Graduate School of Banking and continues his involvement in the Charleston community with The Young Ambassadors Council, and First Tee of Greater Charleston.

Bullard brings over 40 years of experience in banking to the new role and has been First Reliance Bank’s market president in Charleston since 2020. Bullard’s new responsibilities include developing strategies to expand the bank’s commitment to the communities it serves, to include responsibility for building advisory boards that will help leadership design and implement growth strategies across all their markets.

Before joining First Reliance Bank, Bullard began his career at BB&T’s management development program. He served in commercial and retail banking roles before leaving the bank as the market president for the Charleston/Coastal region. Bullard received a bachelor’s degree in business from East Carolina University. He is also a graduate of Louisiana State University’s Graduate School of Banking. In 2018 Bullard received an honorary doctorate degree from Charleston Southern University. Bullard currently serves on the Charleston Southern University’s Board of Trustees. He has also previously served on numerous boards and committees for organizations such as the South Carolina Chamber of Commerce, South Carolina Bankers Association, Trident United Way, Trident Technical College Foundation, and MUSC Shawn Jenkins Children’s Hospital.

Founded in 1999, First Reliance Bancshares, Inc. (OTC: FSRL.OB), is based in Florence, South Carolina and has assets of approximately $930 million. The company employs more than 200 professionals and has locations throughout South Carolina and central North Carolina. First Reliance has redefined community banking with a commitment to making customers’ lives better, its founding principle. Customers of the company have given it a 93% customer satisfaction rating well above the bank industry average of 81%. First Reliance is also one of two companies throughout South Carolina to receive the Best Places to Work in South Carolina award all 16 years since the program began. We believe that this recognition confirms that our associates are engaged and committed to our brand and the communities we serve. In addition to offering a full range of personalized community banking products and services for individuals, small businesses and corporations, First Reliance offers two unique community-customers programs, which include: Hometown Heroes, a package of benefits for those serving our communities and Check N Save, an outreach program for the unbanked or under-banked. The company also offers a full suite of digital banking services, Treasury Services, a Customer Service Guaranty, a Mortgage Service Guaranty, and First Reliance Wealth Strategies.

Additional information about the Company is available on the Company’s website at www.firstreliance.com.