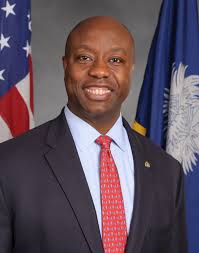 U.S. Senators Tim Scott (R-S.C.) and Jon Ossoff (D-Ga.)’s successful push to reform FEMA policies that discriminated against Black homeowners has helped tens of thousands of people get the help they need after natural disasters.

Last fall, Senators Scott and Ossoff successfully lobbied FEMA to alter its disaster relief policies that discriminated against heirs property owners by requiring disaster victims to present clear title to property after The Washington Post reported that “more than a third of Black-owned land in the South is passed down informally, rather than through deeds and wills.”

“For years I have worked to protect heirs property owners across South Carolina and the country,” said Senator Scott. “The disaster relief going to these families, many of which are Black southerners, wouldn’t have happened if not for the FEMA policy change resulting from our commonsense, bipartisan effort.”

“For decades, many Black property owners in the South have been unfairly denied disaster assistance due to FEMA policies,” said Senator Ossoff. “Our bipartisan effort has ended those discriminatory practices and delivered hundreds of millions of dollars in disaster relief to Black property owners who would have previously denied help.”

“We implemented these changes in our own policies in August of last year and since then, we were able to help over 42,000 homeowners and 53,000 renters and receive assistance we would have denied assistance under our old system. That amounts to somewhere close to $350 million that we would have made them come back to us through an appeal process before,” FEMA Administrator Criswell said in the hearing.