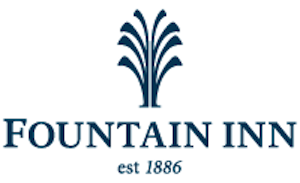 At a City Council Meeting held on October 13 two new senior staff members were sworn in to serve the City of Fountain Inn, a new Fire Chief, Russell Alexander, and a new City Clerk, Elizabeth Adams. Alexander was sworn in at the council meeting by his wife, followed by a pinning ceremony, marking his official appointment to the role. Adams, who goes by “Liz,” was sworn in by the former City Clerk, Sandra Woods.

Prior to becoming the Fire Chief, Alexander served the City of Fountain in various roles in the Fire Department, most recently as the Assistant Fire Chief, a position he has held since 2014.

Adams comes to The City of Fountain Inn by way of Greer, where she served as the Special Project Coordinator. Both Adams and Alexander are residents of the Fountain Inn community. Chief Alexander and Adams bring a wealth of knowledge to their respective roles.