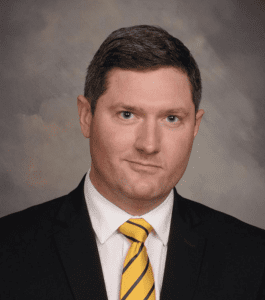 Laurens Mayor, Nathan Senn announced that he is proclaiming Friday, Sept 11th, “Patriot Day” in the city of Laurens. The Mayor along with members of our City and County Councils, and first responders, will gather behind City Hall at 8:30 on Friday morning to mark the occasion.

Citizens are encouraged to make plans to serve their community on Friday. The mayor also suggested that a great way to do that is to do something nice for local fire fighters, police, and EMS workers who sacrifice every day to keep us safe.

Below is the full proclamation.

WHEREAS, nineteen years ago, on the morning of September 11, 2001, nearly 3,000 men, women, and children were killed by cowardly acts of terrorism perpetrated by those seeking to destroy the American way of life;

WHEREAS, those who committed these awful deeds of hatred, which led to such a great loss of life, did so with an aim to abolish the free exercise of religion guaranteed to every person in the United States under the First Amendment of the Constitution of the United States;

WHEREAS, in the wake of the tragedies in New York City, Washington D.C., and Somerset County, Pennsylvania, dedicated first responders and ordinary citizens laid aside concern for their own safety in an effort to save lives, and in so doing, many lost their own lives;

WHEREAS, among those that were killed on the morning of September 11, 2001 were loved ones, family members, and friends of the citizens of the City of Laurens;

WHEREAS, we desire, as a community, to raise our children to be the next generation of dutiful citizens and honorable leaders, teaching them to live lives characterized by their love of neighbor, selfless sacrifice, courage, perseverance, resilience, and patriotism;

WHEREAS, it is altogether fitting to give thanks for our liberties, mourn the lives lost, commemorate our national tragedy, honor the selfless sacrifice, and celebrate the resurgent unity which resulted from the events of September 11, 2001; and

NOW THEREFORE, I Nathaniel Bruce Senn III, Mayor of the City of Laurens, South Carolina, do hereby proclaim Friday, September 11, 2020 as “Patriot Day” and “National Day of Service and Remembrance” in the City of Laurens, and urge that all residents of our community take time to give thanks, mourn, commemorate, honor and celebrate this day through acts of service to our community, with particular attention given to serving our fire fighters, police officers, EMS workers, and members of our armed forces who, with their families, sacrifice each day to keep us safe.

IN WITNESS WHEREOF, I have hereunto set my hand this Eighth Day of September, in the year Two Thousand Twenty, and of the Independence of the United States of America, the two hundred and forty-fourth.