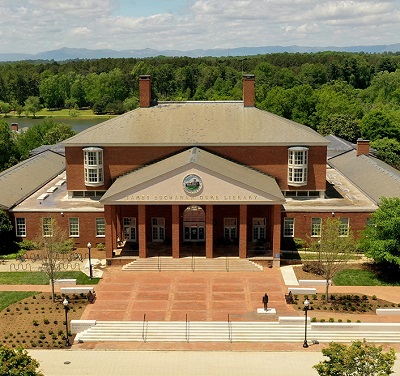 For the fifth consecutive year, Furman University is one of the “Most Innovative Schools” among national liberal arts colleges and universities, according to the U.S. News & World Report “Best Colleges” rankings released last week. Furman also was included in the top-50 among its peers for undergraduate teaching, first-year experience and undergraduate research.

Overall, Furman climbed six places to No. 46 among all “National Liberal Arts Colleges,” placing it again in the top quarter of all liberal arts and sciences universities. The top-ranked university in South Carolina, Furman ranks sixth in the Southeast in its category, behind the U.S. Naval Academy in Maryland (6), Washington and Lee University in Virginia (11), Davidson College in North Carolina (13), the University of Richmond (22) and Berea College in Kentucky (30).

“Furman faculty and staff demonstrate every day their commitment to helping all of our students find their pathway through their four years at Furman by integrating curricular, co-curricular and extra-curricular experiences,” said Elizabeth Davis, president of Furman University. “These rankings, and the recognition by university leaders across the country, reflect the value of a Furman education and our innovation in delivering it.”

Furman has been voted a “Most Innovative School” by its peers every year since launching The Furman Advantage in 2016, coming in at No. 32 this year. Furman was also recognized among its peer universities for “Best College for Veterans” (2) and “Undergraduate Teaching” (46), and among all universities for “Best First-Year Experience” (49) and “Undergraduate Research” (46). Furman also ranked No. 37 for faculty resources and No. 50 for financial resources for students.

The “most innovative,” “undergraduate teaching,” “first-year experience” and “undergraduate research” rankings are decided by university presidents, provosts and deans of admissions who are asked to rank the top schools that come to mind in the respective categories.

Also this year, Furman was included among “The Best 387 Colleges” in the country by The Princeton Review. The publication also ranked Furman No. 15 on its list of “schools for making an impact” in its “Best Value Colleges” guide.

In 2020, Furman was the top college or university in South Carolina in the Best Colleges 2021 rankings by The Wall Street Journal and Times Higher Education. Furman ranked No. 135 out of nearly 800 U.S. colleges or universities that made the list. The WSJ/THE College Ranking is designed to “put graduate success and student learning at its heart.”