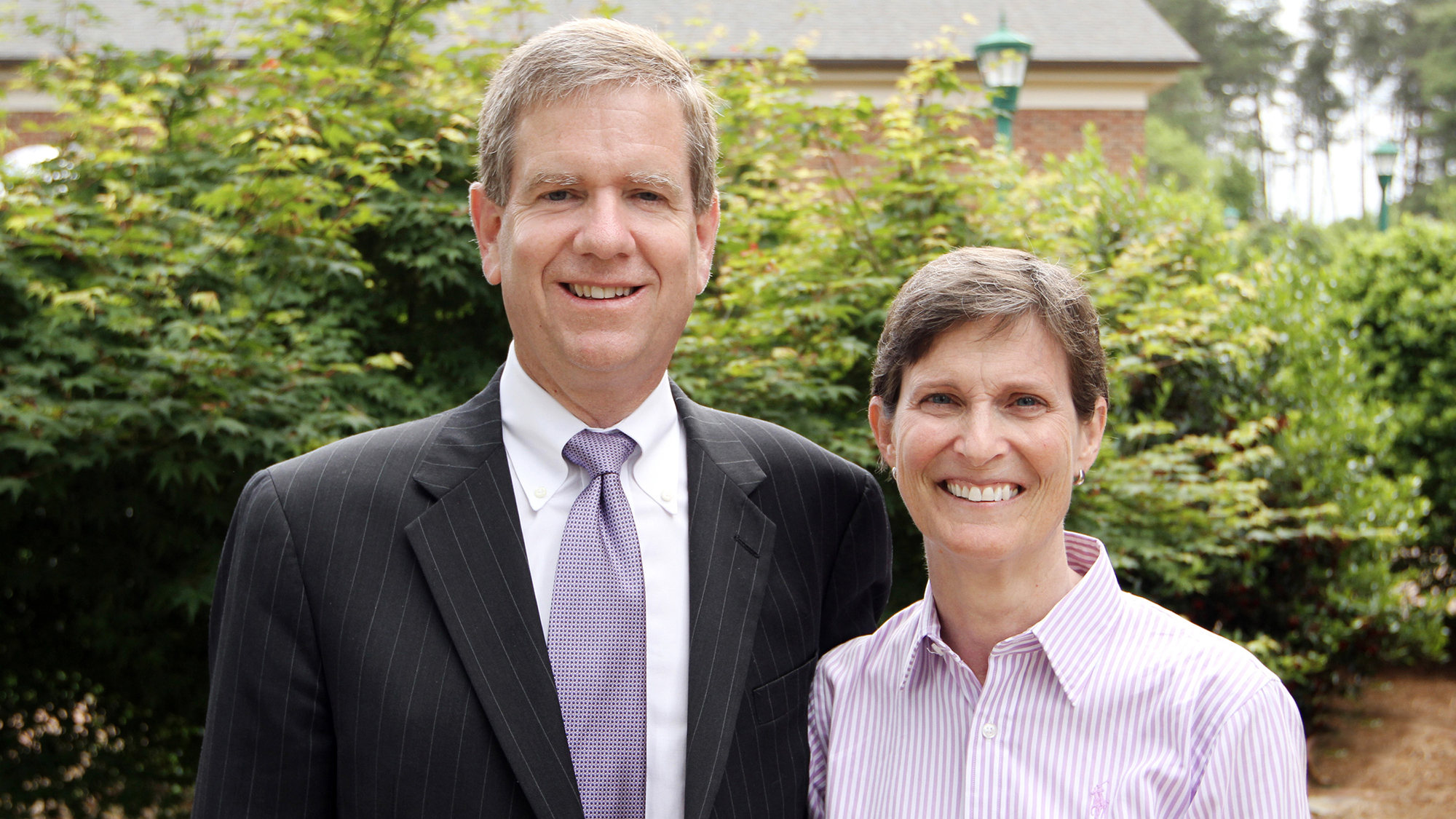 It’s easy to get Robert Hill ’83 talking fondly about his alma mater.

“It’s fun to talk about Furman,” says the retired executive and member of the Furman Board of Trustees. “I think it’s a really special place. It’s a great school with strong leadership.”

Hill and his wife, Margaret Hill ’83, have shown their dedication to their university in many ways through the years, including service as past chairs of the Richard Furman Society executive committee and past members of the Because Furman Matters Campaign executive committee. The Hill Atrium and Hill Courtyard of the Trone Student Center are named in their honor, as is a biogeochemistry lab in the Townes Center for Science. They also support the Partners Scholarship Program and the Cothran Center for Vocational Reflection.

“They were such a catalyst in getting the university to take the first step to launch this institute,” Herrera says. “They started the journey that brought me to campus to take this role on. Not only have they been supporters, they’ve been partners in building it step by step and brick by brick.”

The Hill Institute was launched in August 2018 with Herrera’s hiring. With the mission of developing leaders into entrepreneurially minded thinkers and doers, the institute has helped introduce the Furman Business Innovation Accelerator, the GVL Starts program, the Class E podcast and the Paladin Pitch competition.

These accomplishments, and the success of The Hill Institute as a whole, have their roots in The Furman Advantage, says Robert Hill.

“I think that really enables us to do some neat things as a university and invest in our student body appropriately,” he says. “That’s an important anchor – and I’m not sure we’d invest if we didn’t have a healthy strategy around The Furman Advantage and creating those experiences for students.”

The Hills’ endowment will allow the institute to continue its ongoing work and create more connections across campus.

“The Hills have worked tirelessly to position the institute to have a continued, significant impact on the student experience and in the Greenville community, as well as in South Carolina and beyond,” said Furman University President Elizabeth Davis. “The Hills’ commitment will establish a significant foundational endowment for the institute that will help it to build on and expand its efforts. We are immensely grateful for their support.”

As Furman alums and parents – their son, Marshall Hill, graduated in 2012 – “Furman has been good to us through the years,” Hill says.