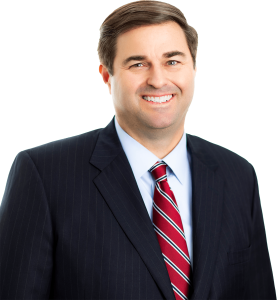 SMITH | ROBINSON announced that attorney G. Murrell Smith, Jr., has been elected as the South Carolina Speaker of the House of Representatives.

“It is with great humility and an enormous sense of responsibility that I accept this position,” says Speaker-elect Smith. “I owe a debt of gratitude to my dear friend and honorable Speaker Jay Lucas for his leadership and mentorship during my service in the House.”

Smith will take office on May 12, 2022. He proceeds the current Speaker, Representative James H. “Jay” Lucas who has served in the role since December 2014.

“What an honor it is to have Murrell elected to this position,” says Jonathan M. Robinson, managing partner of SMITH | ROBINSON. “This election is representative of Murrell’s exceptional leadership for our great state. Murrell’s public service is with the greatest intentions, complete accountability, empowerment of others, and he will make decisions that are with our state’s best interests in mind.”

Speaker-elect Smith is a co-founder of SMITH | ROBINSON law firm, practicing in the Firm’s Sumter office. A native of Florence, South Carolina, Mr. Smith grew up in Sumter, where he graduated from Wilson Hall in 1986. He attended Wofford College in 1990, earning a Bachelor of Arts in History and Government. After earning his Juris Doctor from the University of South Carolina School of Law in 1993, Smith began practicing law in his hometown of Sumter. In 2000, Mr. Smith was elected to the South Carolina House of Representatives, serving District 67. He began his political career as a member of the House Judiciary Committee rising to first vice chairman. In 2009, he moved to the House Ways and Means Committee and was Chairman of the Health and Human Services Subcommittee beginning in 2012. On December 5, 2018, Smith was elected as the Chairman of the South Carolina House Ways and Means Committee. Smith also served as the Chairman of the House Ethics Committee and on the South Carolina Judicial Merit Selection Commission.

Among the Speaker-elect’s countless awards, he has notably been recognized as a Best Lawyer by Best Lawyers in America® for Commercial Litigation. He has also been recognized as “Midlands Legal Elite” for healthcare law by Columbia Business Monthly, and as a Compleat Lawyer by the UofSC School of Law. He has been elected as “Best Elected Official” by The Sumter Item and has been a “Leadership in Law” honoree by South Carolina Lawyer’s Weekly.

SMITH | ROBINSON formed from the merger of two South Carolina law firms rich in history and public service. Predecessor firm Lee, Erter, Wilson, Holler, and Smith, LLC, traces roots back more than 150 years in Sumter. The other predecessor firm, DuBose Robinson Morgan, PC, evolved from its founding nearly 40 years ago in Camden. With 15 attorneys and offices in Columbia, Sumter, and Camden, SMITH | ROBINSON combines the experience and successes of its predecessor firms and broadens its capabilities to serve the needs of its clients.