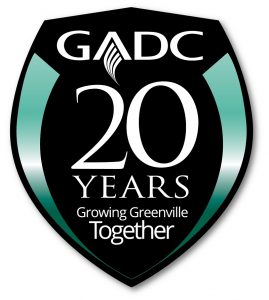 If two decades seem to go by quickly, a single year passes in the blink of an eye.  Such is the case for Greenville County economic development as they celebrate both 20 years as the county’s official economic development team and the one-year anniversary of announcing Fox Hill Business Park, the first Class A park in the county in well over a decade.

Founded in 2016, Gissing North America is based in Bingham Farms, Michigan and is a subsidiary of Wuxi Gissing Auto Parts Co., Ltd, headquartered in Wuxi, China.  The Company operates from 14 facilities around the world.  The company will establish operations in the new Fox Hill Business Park in Fountain Inn, which was announced precisely one year ago at the 2020 GADC annual meeting.

“We are excited in joining Greenville County to service current and prospective customers in the Southeast. From the onset, we were welcomed and thank the GADC and SC Commerce for their incredible support and diligence that facilitated our site selection process. We chose Greenville County, in general, and Fountain Inn, in specific, as our new home to expand our North American operations due to its infrastructure, economic environment and quality of life it offers our future associates. At Gissing we have an “affinity for mobility™” and look forward to bringing it to Greenville County,” said Claudio Calado, CEO of Gissing North America.

Gissing North America, which also has a facility in Sumter among six current U.S. locations, is a supplier of acoustic solutions comprising drivetrain and thermal systems, overhead systems, exterior systems, cargo management systems, carpet and interior acoustic systems to automotive manufacturers.  Their portfolio of components and solutions reduce noise, vibration and harshness in vehicles, and is preferred by such automotive manufacturers as BMW, Ford, GM, Nissan, Toyota, and Honda, among other brands.

In addition to the Gissing North America announcement, the GADC also celebrated 2020’s strong job creation and capital investment – achieved despite the COVID pandemic.  Delivering his State of the Organization comments, GADC CEO Mark Farris noted that for 2020, Greenville County announced record capital investment of $631 million, along with 1,422 new high-paying jobs, with mean wages well above both County and South Carolina averages.

The impact study went on to note that “Greenville County and the Greenville-Anderson-Mauldin metropolitan region have been principal drivers of South Carolina’s growth throughout the 21st century – and especially since 2010,” noted study principal author Dr. Joseph Von Nessen. 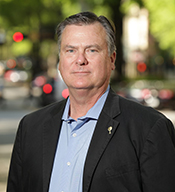 “With COVID, we were concerned about a major slowdown, but it’s frankly been a remarkable year for Greenville County by virtually any metric,” said Mr. Farris in announcing the 2020 results.  “The record capital investment greatly adds to our community’s economic vitality, diversity and tax base.  And the announced jobs, with mean wages well above both County and South Carolina averages, portends a bright future for our community.  Raising per capita income is always a primary goal in our efforts, and we continue to raise the bar.”

The announcement of Gissing North America came with an added cause for celebration for Greenville County and Fountain Inn.  Gissing will become the first tenant, in the first building, at the new Fox Hill Business Park, located on 172 acres in the City of Fountain Inn and being brought to life by The Sudler Companies, a family- and veteran-owned and operated development firm based in Chatham, New Jersey.  Announced at the 2020 GADC virtual meeting, the park broke ground days after that event.  Now one year later, interest is high in the park and its first anchor tenant is committed.

Fox Hill Business Park features immediate access to I-385, I-85, the Inland Port, and Greenville Spartanburg International Airport, is a short drive to the Port of Charleston, and offers easy access to the booming Southeast’s hubs of industry and commerce.

“Sudler is committed to Greenville County and the economy of Upstate South Carolina, and growth in the region is tremendous. Our commitment of 2.5 million square feet of manufacturing, warehouse distribution, and logistics space at Fox Hill Business Park gives companies the opportunity to expand while providing jobs to the surrounding community,” said Brian Sudler, Principal with Sudler Co. “Gissing is the first addition to Fox Hill, and demand in Greenville is so strong that we’ve already started construction on our second building – a 306,000 square foot facility just next door.”

“The City of Fountain Inn is excited to welcome Gissing North America to their new home in Fox Hill Business Park. Their decision to create over 100 jobs in Fountain Inn is a testament to not only the economic health of our region, but also to Gissing’s recognition of how important a community is to their company’s location and values,” stated Fountain Inn Mayor G.P. McLeer.

Saluted with the GADC Chairman’s Award at the meeting was Greenville attorney Wesley Crum, founder of J. Wesley Crum, III P.A., and a longtime advocate of smart economic development in the county.  Mr. Crum’s economic development work has focused on companies seeking and receiving incentives and incentivized financing, and over his career, he has worked with more than 100 companies ranging from start-ups to Fortune 100 global corporations and participated in over $6 billion in fee-in-lieu of tax and other incentive transactions.  He was recognized with being “a vital partner and contributor to the growth and success of Greenville County and the creation of the GADC,” stated Mr. Epting.

Also honored at the event by GADC Chair Tom Epting for their contributions were outgoing GADC Directors Roy Chamlee, Je’Varus Howard and County Councilman Ennis Fant.  Mr. Epting also welcomed incoming Board members Joy Hemphill, McNeil Epps and Councilman Stan Tzouvelekas, as well as Beverly Haines, who was reappointed.  He also acknowledged the successes were made possible by support from GADC Investors, County Council, and leaders from the county’s municipalities.