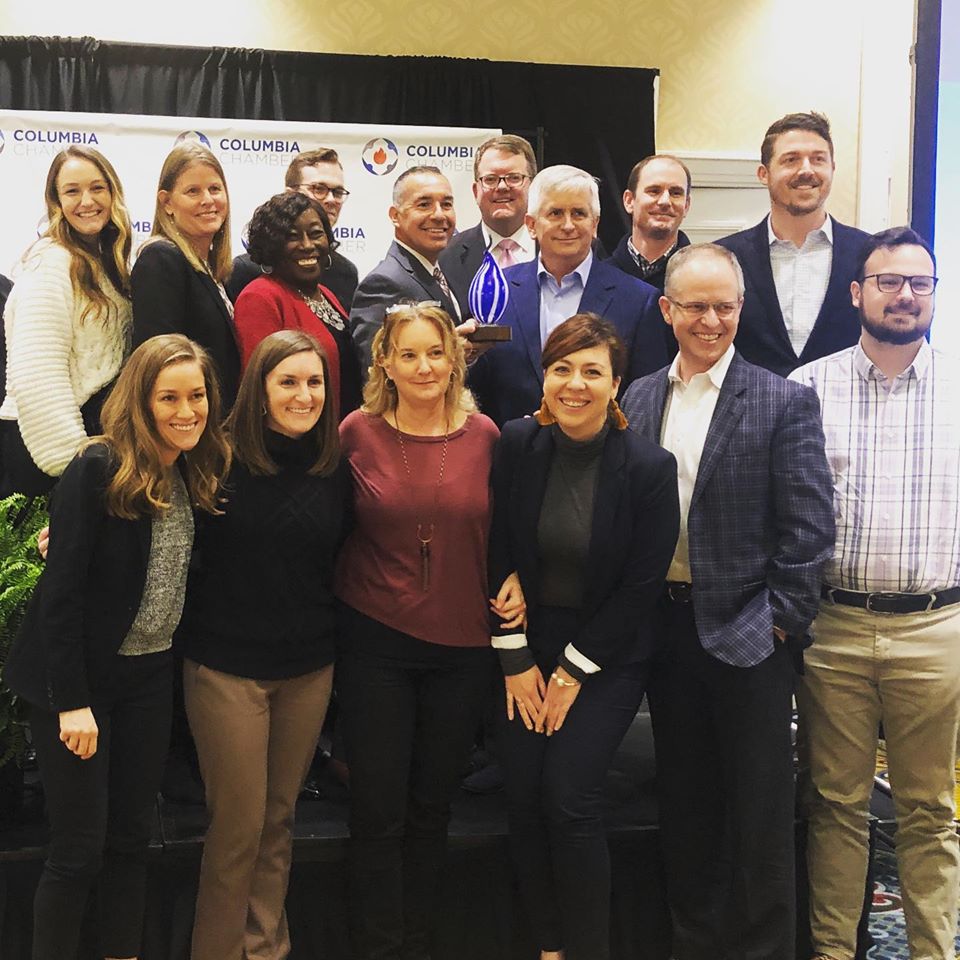 According to the Chamber’s website, “the Golden Nail Award is bestowed upon businesses or property owners for exemplary contributions to the physical character of the greater Midlands region through cosmetic or commercial means such as the restoration of a faced, historic building, or re-purposing of a blighted space during the previous calendar year.” Hendrix was honored with the Golden Nail Award for its upfit of the newly rehabilitated 1649 Main Street, an historic but long-blighted building on one of Columbia’s key corridors. Together with Garvin Design Group, a team of local engineers, and construction partners Hood Construction, Hendrix transformed the upper two levels of 1649 Main Street into one of Columbia’s most beloved new dining spaces while preserving the building’s historic character. Downtown Church was awarded the Golden Nail for its rehabilitation of the Central Energy building on the Bull Street campus. Today, Central Energy serves the community as both a worship space and an event venue and stands as a welcoming signpost inviting all to the Bull Street campus. Garvin Design Group worked with Hammer Construction and local engineers on the rehabilitation.

Winners of the Small Business of the Year award have “shown great growth, significant achievements, or realized economic and cultural growth that benefits the business community.” A long-time Chamber Partner and supporter of the Chamber’s Leadership Columbia program, Garvin Design Group has provided comprehensive planning and design services for a variety of project types and sizes for the past 16 years. The firm of 18 has completed more than $900,000 worth of projects since its founding in 2003 and has served as design guide for many of the Midlands most impactful projects, including Downtown Church’s Central Energy and Hendrix. Garvin Design Group’s contributions to the local community were also recognized by the American Institute of Architects – South Carolina (AIA SC) with its 2019 Firm Award.

“We have been so fortunate to be part of the Columbia business community for more than 16 years,” said Scott Garvin, Garvin Design Group’s President. “From the start, we have been lucky to work with so many outstanding clients and partners with real vision for the Midlands. We’re so proud to be part of this community.”