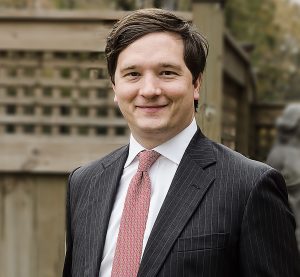 The American Inns of Court is “an association of lawyers, judges, and other legal professionals from all levels and backgrounds who share a passion for professional excellence.” The organization is unique in that it includes all levels and categories of practitioners within the legal profession: law students, lawyers just beginning their career, attorneys in both small and large firms, generalists and specialized practitioners, law professors, Federal and state judges, and Supreme Court justices. Because of the broad diversity of its membership and its commitment to including law students and practitioners, each Inn of Court uses “pupillage teams” that include individuals from each membership category to aid in mentorship in a uniquely collegial atmosphere and in the development of continuing education programs “in the Common Law tradition.” With the first American Inn of Court established in Utah in 1980, today the American Inns of Court has nearly 400 Inns across 48 states, the District of Columbia, Guam, and Tokyo, along with more than 30,000 active members.

“This is a great honor in a unique organization whose roots stretch across the ocean to the English Inns of Court beginning in the 14th century,” said Joe Lucas, managing member of Pope Flynn. “We are very proud of Gary’s commitment to the highest standards of ethics and excellence in law, as well as his long-standing leadership in the first South Carolina Inn of Court. Gary comes from a rich family heritage of law and leadership and we are pleased his leadership skills have been recognized by the John Belton O’Neall Inn of Court. The organization is fortunate to have his gifts and his service!”

Pope has built a practice in the field of public finance, serving as bond counsel, disclosure counsel, and issuer’s counsel for public entities issuing municipal bonds. He regularly advises counties, cities, and special purpose districts, as well as the state agencies and universities in connection with their debt offerings and public-private partnerships.

Pope Flynn, founded in 2008 and concentrating in public finance and government law, has grown from three attorneys in Columbia SC to eleven attorneys, with additional offices in Charleston, Spartanburg, and Charlotte, NC.