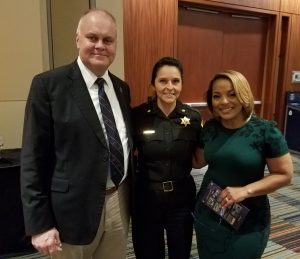 The GATEWAY TO THE ARMY ASSOCIATION – a non-profit organization with a mission of designing, funding, and building Fort Jackson’s “Centennial Park” – hosted its second annual Centennial Park Fundraiser, Nov. 10 at the Columbia Metropolitan Convention Center. The event, netting $71,000 in sponsor contributions, featured a silent auction followed by a live auction both of which raised $9,100 in monies for Centennial Park: Currently under construction on the site of the former Fort Jackson post headquarters building.

“The November 10 fundraiser was a tremendous success by any measure,” says Gateway president and chairman Marty Wells, a retired U.S. Army command sergeant major. “And it was a perfect way to celebrate Veterans Week and the eve of Veterans Day.” Nov. 10 was coincidentally the 246th Marine Corps birthday and Nov. 11 was Veterans Day.

The ongoing Centennial Park development will ultimately feature a grand 300-seat amphitheater with a tower monument depicting two drill sergeants (one male, one female), six Greek-styled visitors pavilions, a brick-paved “pathway of patriots,” a wartime theater montage and so much more.

Total cost of the project is projected to be $2.2 million (both monetary and in-kind construction support). The association has already raised $1.6 million.

Click on the images below to get a better look: 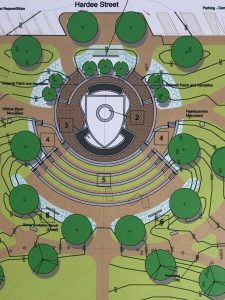 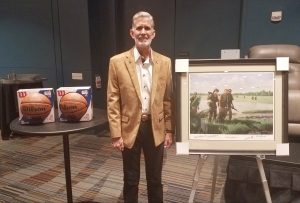 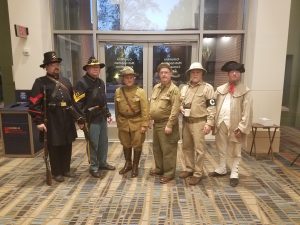 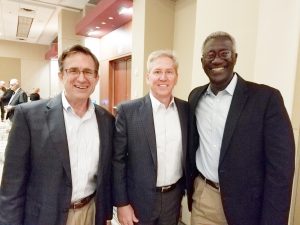 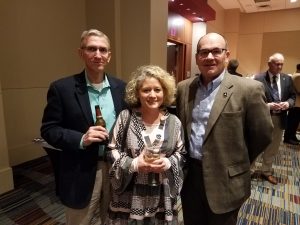 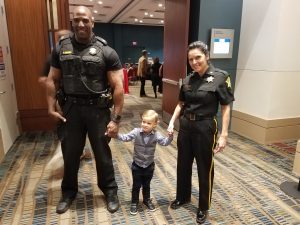 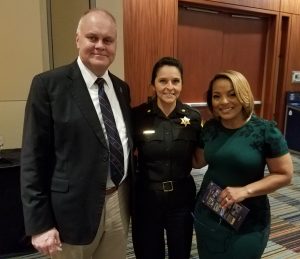 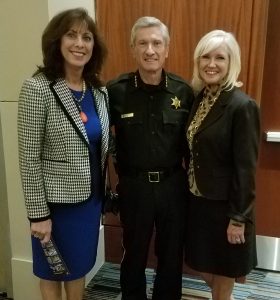 “The Centennial Park project is a means by which we are promoting patriotism, honoring history, and saluting service,” says Wells.

History and service indeed: The U.S. Army has trained more than five-million men and women at Fort Jackson since its establishment as Camp Jackson in 1917. Today, the post trains the largest number of men and women in the U.S. Army’s initial entry training phase: More than half of all soldiers initially train at Fort Jackson including 60-percent of all female soldiers.

“This is the place where the commitment to and understanding of duty, honor, and country are instilled in their hearts and minds for the rest of their lives,” says Wells.

Richland County Sheriff Leon Lott, who serves as president of the Fort Jackson-Palmetto State Chapter of the Association of the U.S. Army and as a member of Gateway’s board of advisors, agrees.

“Fort Jackson is key not only to the economic and relational well-being of the surrounding communities in Columbia, Richland County and beyond, but it is a vitally important post in terms of the soldiers it produces for the nation and the world,” says Lott.

In addition to its basic training mission, Fort Jackson is home to numerous other key military activities involving all other U.S. armed forces, generating more than $four-billion in annual revenue for Columbia, the Midlands, and the state of South Carolina.

The Gateway to the Army Association was established in May 2015.