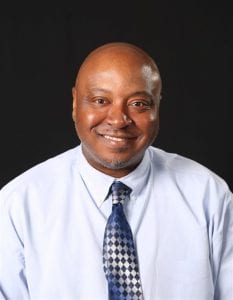 During the August 18, 2020, meeting, the Lexington County School District One Board of Trustees approved the hiring of Richard B. Tillmon as assistant principal of Gilbert High School. Tillmon, a 23-year educator, began his career at White Knoll High School in 2000.

As a member of the WKHS business education department, he taught integrated business applications, sports marketing and management courses. In his 13 years at the school, he served as co-chair of DECA. He also coached football and baseball.

In 2013, he transferred to River Bluff High School where he was part of the Career and Technology Education department. He taught business, sports marketing, management and image editing courses. In his five years at RBHS, he served as co-chair of DECA. He also coached football, baseball and served as assistant athletic director.

Tillmon earned a Bachelor of Science in business administration from Newberry College, where he played both football and baseball. After graduation, he spent several years playing professional baseball in an independent league before becoming an educator. He earned a Master of Education in administration and leadership from Liberty University in 2018. For two decades, he has volunteered with the PAL baseball league for children with mental and physical differences. He is a member of the South Carolina Association of School Administrators, the Association for Supervision and Curriculum Development and the Palmetto State Teachers Association.