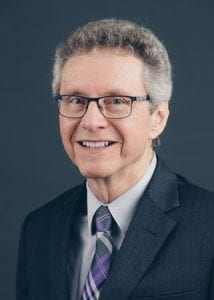 Today, Vice President Mike Pence is visiting South Carolina to tout the business benefits of the 2017 Tax Cuts and Jobs Act. But while the bill has helped some businesses, the reality is it has left behind many more – and particularly the small businesses that make up the lifeblood of South Carolina’s economy.

As co-chair of Businesses for Responsible Tax Reform (BRTR) and president of the South Carolina Small Business Chamber of Commerce, I hear regularly from small business owners around the state who haven’t seen any benefits from the tax law. And their sentiments echo what BRTR has heard from small business owners around the country: This legislation was designed to help large corporations, not main street businesses.

To make matters worse, the tax law didn’t only leave out small businesses. It’s also driving up the national debt. According to the Committee for a Responsible Federal Budget, the tax cuts will increase the national debt by $4.7 trillion by 2029. And the spending shows no sign of slowing down. The Treasury Department released data Wednesday showing the federal deficit through January climbed to $389 billion, a 25% spike from the same period last year.

Now, President Trump and Vice President Pence are threatening to cut Social Security, Medicare and other safety-net programs to address the national debt. This would not only harm vulnerable Americans, but also small businesses. In 2020, Social Security, Medicare and Medicaid are expected to pump more than $2 trillion into the national economy, providing average Americans with money to spend at local businesses.

A much more effective way to address our national debt – which is projected to rise to 98% of the nation’s GDP by 2030 – would be to close the tax loopholes enacted by the Tax Cuts and Jobs Act and rollback the enormous corporate tax cut.

For instance, in addition to the 40% permanent tax cut provided for corporations, the 2017 tax law repeals the 20% corporate Alternative Minimum Tax, which had previously ensured corporations could not deduct their way out of paying taxes.

Additionally, the law creates a “tax holiday” for U.S. multinational businesses that stored profits overseas. This allows them to repatriate overseas profits by paying a one-time tax of up to 15.5%, a far lower tax rate than is available to any small business.

If Congress and the White House truly want to help small businesses, they can focus on policies that could make a tangible difference – like simplifying the tax code, creating a tax credit for small business owners hiring their first employee, and making the first $25,000 in profit for a small business tax free.

Until then, we should all be honest about who has truly reaped the benefits of the Tax Cuts and Jobs Act. It was not Main Street entrepreneurs. South Carolina’s small businesses represent 99% of all businesses in the state and employ almost half of the state’s workforce. They deserve fair and equitable tax policies, not empty election-year promises.

Frank Knapp, Jr.  is the co-chair of Businesses for Responsible Tax Reform and president and CEO of the South Carolina Small Business Chamber of Commerce.