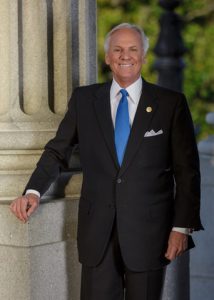 Governor Henry McMaster today announced that he has moved to have the entire Fourth Circuit Court of Appeals review a federal district court’s preliminary injunction of the South Carolina Fetal Heartbeat and Protection from Abortion Act (Fetal Heartbeat Act). A panel of three judges upheld the district court’s decision in February of this year. Now, the governor, joined by other defendants, is asking the entire Fourth Circuit to consider the appeal.

The Fetal Heartbeat Act, which Governor McMaster signed into law on February 18, 2021, is a package of regulations that protect unborn life and promote maternal health. In addition to limiting abortions after a fetal heartbeat is detected, the Act also requires an abortionist to give a mother the opportunity to view an ultrasound, hear her child’s heartbeat, and receive information about her child’s development.

“We’ve said we will take this case all the way to the United States Supreme Court, and that’s exactly what we’re going to do if we have to,” said Gov. Henry McMaster. “There is no right more precious and more fragile than the right to life, and we will do everything in our power to protect it.”