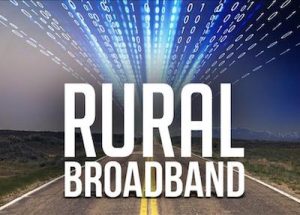 Governor Henry McMaster and Congressman James E. Clyburn were joined by officials from the South Carolina Office of Regulatory Staff’s State Broadband Office to announce that just over one year into the state’s efforts, over 100,000 additional households now have access to high-speed broadband service.

Through a combination of state and federal funds, South Carolina has dedicated a total of nearly $480 million to be invested in expanding access to broadband services throughout the state – most notably in rural areas which previous didn’t have any access. Over $55 million has been awarded in the form of grants to internet service providers. Within the next year, another $400 million will be awarded, beginning with $180 million by December of this year. Finally, an additional $100 million, at a minimum, will be awarded to South Carolina through the Infrastructure Investment and Jobs Act. Taken together, these funds will allow South Carolina to meet its public funding need for bringing high-speed service to unserved South Carolinians.

“Our rural areas are loaded with talent, and it is vital to our future prosperity that our rural areas and everyone in our state has broadband access,” said Governor Henry McMaster. “Thanks to Congressman Clyburn, and our entire team, we are making great progress. The best is yet to come.”

Congressman Clyburn has been a tireless and critically important advocate for expanding access to broadband in Congress.

“I want to thank the governor for doing something that a lot of people with less vision did not do,” Congressman Clyburn said. “Through the State Broadband office and its leadership, South Carolina has created a model that other states are now following. When it comes to education, health, or anything else – broadband will make it all more accessible and affordable.”

“Our office is extremely excited about expanding access to the internet for over 100,000 households, and we continue to work hard every day to ensure that number grows as quickly as possible,” said Jim Stritzinger, Director of the SC Broadband Office.  “We are especially appreciative of Congressman Clyburn, Governor McMaster, the legislature, other state agencies, the S.C. Broadband Advisory Council, and Internet Service Providers who have worked together to achieve a common goal.”

For the full video of the press conference, click here.