Governor Henry McMaster today issued Executive Order 2022-20, which directs the South Carolina Office of Resilience to begin the process of removing hundreds of thousands of gallons of toxic pollutants from the USS Yorktown by commissioning an updated cost study for the project.

“As the outer hull of the USS Yorktown continues to corrode, the chance of an environmental disaster only increases with each passing year,” said Governor Henry McMaster. “This executive order protects Charleston Harbor and the entire Lowcountry from these hazardous materials leaking out of the USS Yorktown and into the harbor. This leak would ultimately impair commercial shipping and boat traffic, as well as do immeasurable damage to the area’s natural resources, and the harbor’s ecosystem, including nearby marshes, estuaries, barrier islands, tidal creeks, and beaches.” 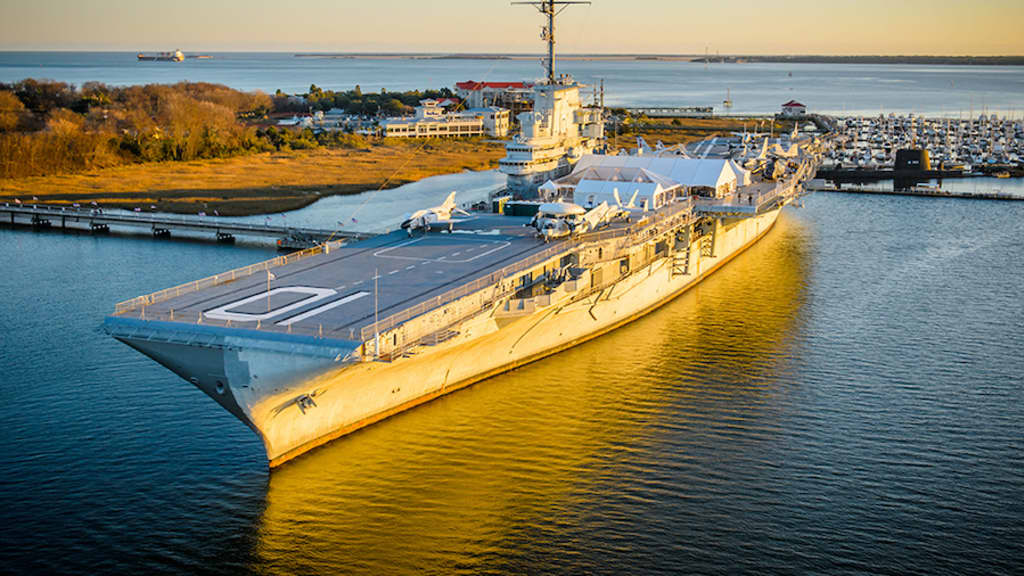 In 1975, the U.S. Navy donated the World War II Essex-class aircraft carrier USS Yorktown to the state of South Carolina to become a museum ship at Patriots Point in Charleston Harbor. In 2013, the Patriots Point Authority commissioned a study by the Shaw group to access the environmental remediation of approximately 160,000 gallons of petroleum and 1.6 million gallons of impacted polluted waters and polychlorinated biphenyl compounds that were not removed from the ship’s 428 vessel tanks/compartments by the U.S. Navy. The study concluded that it would cost as much as $4.4 million for a complete remediation effort.

“The USS Yorktown is very important to South Carolina’s history and tourism,” said SCOR Chief Ben Duncan. “Our team stands ready to begin the process of collaborating with state leaders, state agencies, and Patriots Point for the complete remediation of the contents in the USS Yorktown.”

In his 2022 Executive Budget and State of the State address, Governor McMaster called on the General Assembly to authorize the Office of Resilience to expend a portion of ARPA funds to conduct a complete remediation of these hazardous materials remaining inside the USS Yorktown. The governor signed the ARPA authorization bill into law on May 13, 2022.

The creation of the South Carolina Office of Resilience was originally recommended by the governor’s South Carolina Floodwater Commission, which Governor McMaster created by executive order in 2018. Recognizing the need for a single state agency tasked with coordinating statewide disaster recovery and resilience initiatives, the General Assembly agreed with the recommendation and the governor signed legislation into law in September of 2020 which created the S.C. Office of Resilience. In April 2021, Governor McMaster named Ben Duncan as the state’s first Chief Resilience Officer.

“The USS Yorktown is a national treasure,” said S.C. Congresswoman Nancy Mace. “This project is a win for the community, a win for tourism, and a win for our environment.”