At a press conference this morning in the State Capitol, Governor Henry McMaster introduced SC Women in Leadership’s SC Gubernatorial Appointments Project (SC GAP). The SC WIL initiative is designed to recruit capable women to serve on state boards and commissions. Lou Wood Kennedy, who’s company, Nephron Pharmaceuticals joined Aflac in sponsoring the SC GAP, noted that increasing diversity in the workplace and on governing boards creates a positive impact on the health and welfare of our state. 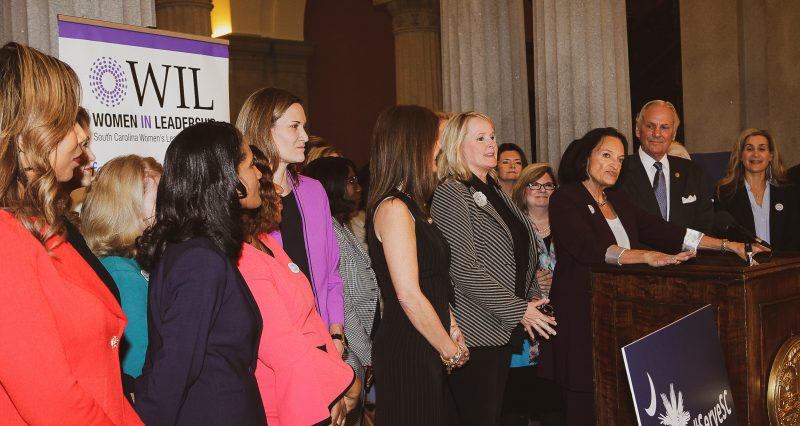 When speaking about opportunities on boards and commissions, local and statewide, Gov. McMaster said, “Seek them out, ask questions and get involved.”

Lt. Gov. Evette referenced her service on the Small Business Regulatory Commission, selecting a board relevant to her interests and her skills, and encouraged other women to step forward and do the same. She noted that she was able to serve while also raising a family and running a company

Now that the press announcement is past, we are ready to start recruiting and need your help to spread the word about SC GAP. Women make up 51.5 percent of South Carolina’s population. This project is our best opportunity to move the proportion of women serving on governing boards closer to our proportion of the population. You can share the call-to-action through word-of-mouth, social media, email, and communication with family and friends. We look forward to a flood of applications!

Following the press conference, our co-chairs, Melinda Davis Lux, and Candace Shiver, restated their pledge to making this project successful and will continue to encourage women to sign up to serve  on state boards and commissions. We thank them for their ongoing pledge commitment to diversity and progress.

Again, we would like to formally thank Gov. Henry McMaster and Lt. Governor Pamela Evette for their efforts to bring more qualified women into leadership positions (refer to his letter of commitment below). 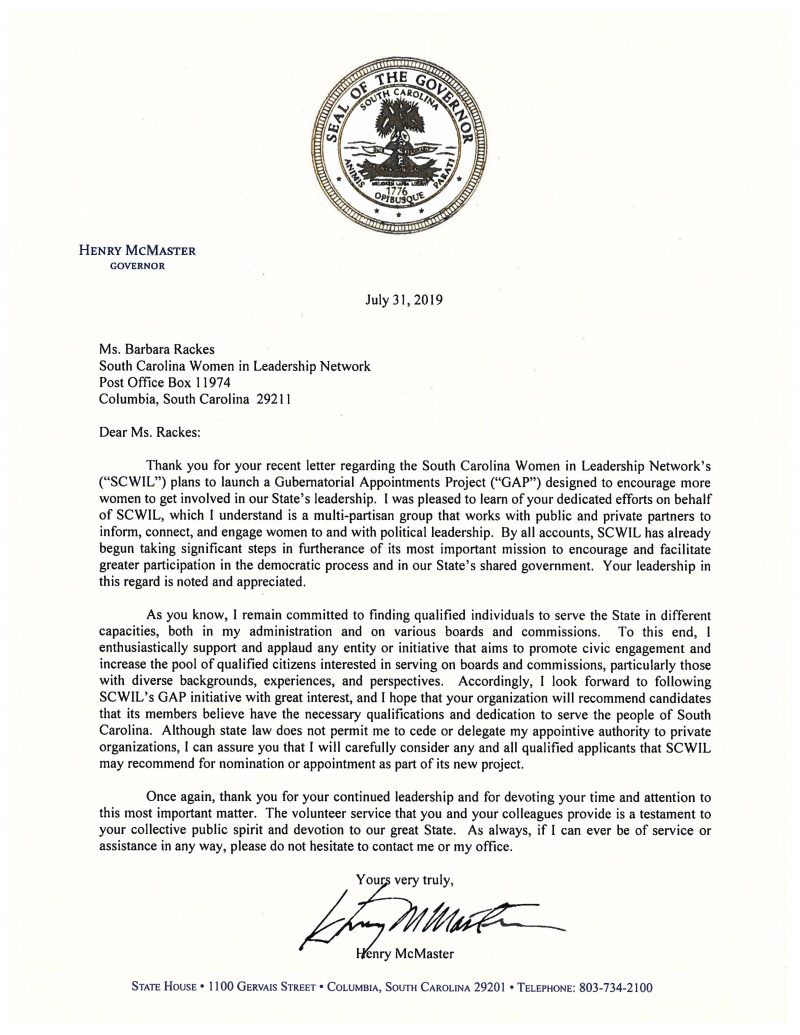