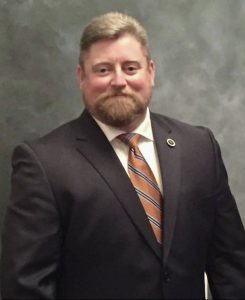 More than $360 million is coming to South Carolina over the next 18 years due to settlements with three of the nation’s top wholesale pharmaceutical drug distributors – AmerisourceBergen, Cardinal Health, and McKesson – and opioid manufacturer Johnson & Johnson. Ninety-two percent of these funds will be used to directly address the opioid crisis.

Bedingfield, who spent four years as a member of Greenville County Council, eight years as the Deputy Chief of Staff, senior advisor and campaign manager for then-Congressman Mick Mulvaney, and 11 years as a member of the South Carolina House of Representatives, has been involved in opioid prevention efforts since 2016, when he lost his oldest son to the crisis.

At Greenville Technical College, where he has worked since 2018, Bedingfield was the driving force behind creation of a Collegiate Recovery Program, the only program of its kind at a two-year institution in the state. The program is making a tremendous difference for those in active recovery, supporting their success in college and in life.