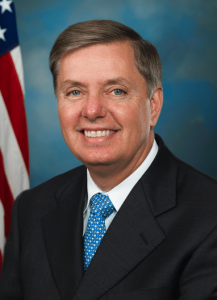 SCDOT will construct a new interchange to facilitate access to business development in Rock Hill and the new Carolina Panthers practice facility. This enhanced infrastructure will drive economic development in the region, facilitate expansion along the I-77 corridor, and promote the safety of the region by addressing the increase in traffic.

“This is great news for South Carolina. The Department of Transportation has just awarded $34.6 million to assist with the development of the Exit 81 interchange that will allow the Carolina Panthers headquarters to be located in York County,” said Senator Graham. “I very much appreciate Secretary Chao’s decision to award this money and all that Governor McMaster, Senator Scott, and Congressman Norman have done to make this project a reality. This will be a game changer for the economy in the York county region. I look forward to making the project a reality.”

“When we can count on our federal partners to join Team South Carolina in our economic development efforts, it shows the world that our state has what it takes to deliver results for South Carolinians,” said Governor Henry McMaster. “Secretary Chao’s decision to make this important investment, coupled with Secretary Hall and SCDOT’s tireless efforts, will result in an even stronger York County economy.”