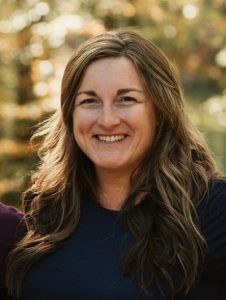 Graycliff Capital Partners, LLC (Graycliff Capital) is pleased to announce that Chief Financial Officer (CFO) Caitlin Steelman is among the elite group of Upstate professionals to be honored in GSA Business Report’s inaugural “Forty Under 40” recognition program. Based in downtown Greenville, Graycliff Capital is a leading multi-family development and investment company with focus on the Southeast and Mid-Atlantic regions.

GSA Business Report’s Forty Under 40 Awards were initiated to recognize success and community involvement of 40 professionals under age 40 who are making their mark on the Upstate from a mix of industry, professional and community sectors.

Steelman joined Graycliff Capital as Controller in 2015. With more than a decade of accounting experience at the time, her fast-paced learning style and effective management approach were recognized quickly by the Graycliff leadership team and she was promoted to CFO in 2016. In this role, Steelman oversees a portfolio of 27 properties with over 10,000 units. Under her guidance and financial leadership, the company completed $1.05 billion in transactions from 2016-2019 – double the total annual transactions of the prior four-year period. Graycliff also saw a four-fold increase in assets during this time. The performance for the assets that she has overseen from start to finish have averaged a 2.3x and 27 percent Internal Rate of Return (IRR).

“Caitlin’s experience in accounting, together with her ability to adapt quickly, has significantly contributed to the resounding success Graycliff has experienced over the past few years. She came to the firm with minimal experience directly related to real estate, but her innate business sense and effective management approach had an immediate positive impact on the business,” said Paul Aiesi, partner with Graycliff Capital.

Graycliff Capital in the Carolinas

Graycliff has developed multiple luxury apartment communities across the Carolinas in recent years, including three popular Upstate South Carolina developments – Cotton Mill Apartments, Waterleaf at Neely Ferry, and Waterleaf at Keys Crossings. Coastal developments include Waterleaf at Battery Creek near Beaufort, S.C., Waterleaf at Murrells Inlet near Myrtle Beach, S.C., and Waterleaf in Leland, N.C. Recent acquisitions include Reserve at Asheville in western North Carolina, and The Ironwood Apartments in North Augusta, S.C.
Over the past decade, Graycliff’s geographic reach has extended beyond the Carolinas to other parts of the Southeast, including Tennessee. Graycliff’s portfolio also includes multi-family communities in the Mid-Atlantic region, as well as Ohio and Pennsylvania.

Headquartered in Greenville, S.C., Graycliff Capital Partners is a multi-family development and investment company with focus on the Southeast and Mid-Atlantic regions of the United States. Since its founding in 2010, Graycliff has acquired and developed more than 10,000 apartment units, executing approximately $1.56 billion in transactions. Graycliff’s core strategy is based on investing in areas with established economic growth and high barriers to entry. Graycliff is passionate about supporting local non-profits making positive impacts in their respective communities. For more information, visit www.graycliffcapital.com.