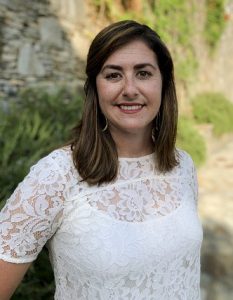 Jennifer Moore, Chief Operating Officer (COO) for Graycliff Capital Partners, LLC (Graycliff Capital), is among a select group of 2020 Best & Brightest 35 and Under recognized by Greenville Business Magazine. Based in downtown Greenville, Graycliff Capital is a leading multi-family development and investment company with focus on the Southeast and Mid-Atlantic regions.

As Graycliff’s COO, Moore oversees all divisions and daily operations within the company – office management, human resources, investor relations, capital markets, asset management, development and construction – with responsibility for their continued success and process development. During her time with Graycliff, Moore has assembled a team that has acquired, developed, and asset-managed over a billion dollars of multifamily properties.

Moore joined Graycliff in 2014 following an initial career in early elementary education. When she transitioned from teaching to a career in the business world, she quickly assumed increasingly responsible roles with Graycliff – starting as a Real Estate Coordinator and moving up to Director of Operations within just 10 months. It was Moore’s professionalism and “calm-under-pressure” personality that led to her 2017 promotion to Chief Operating Officer at just 30 years old.

“Jennifer has all of the qualities one would find in a successful leader, but what really sets her apart is her unique path to a leadership position – and the speed at which she has achieved the tangible accomplishments in her journey,” said Paul Aiesi, partner with Graycliff Capital. “People often make career changes, but very few make such a drastic shift and with as much measurable success as Jennifer has achieved.”

As a former educator, Moore is passionate about supporting educators and students in the Greenville community. She spearheaded Graycliff Capital’s participation with Public Education Partners’ “Make Summer Count Book Celebration” and “Family Reading Night,” and is an advocate of local organizations that foster the development of young women in leadership. She is an active member of the Red Shoe Society with Ronald McDonald House Charities, participating in almost all fundraising activities associated with the local Ronald McDonald House each year.

Her professional affiliations include CREW Upstate South Carolina, a local chapter of the far-reaching national organization for Women in Commercial Real Estate.

Over the past decade, Graycliff’s geographic reach has extended beyond the Carolinas to other parts of the Southeast, including Tennessee. Graycliff’s portfolio also includes multi-family communities in the Mid-Atlantic region, as well as Ohio and Pennsylvania.

Headquartered in Greenville, S.C., Graycliff Capital Partners is a multi-family development and investment company with focus on the Southeast and Mid-Atlantic regions of the United States. Since its founding in 2010, Graycliff has acquired and developed more than 10,000 apartment units, executing approximately $1.56 billion in transactions. Graycliff’s core strategy is based on investing in areas with established economic growth and high barriers to entry. Graycliff is passionate about supporting local non-profits making positive impacts in their respective communities. For more information, visit www.graycliffcapital.com.