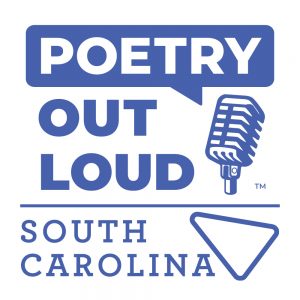 A Greenville high school student is now two-for-two against her statewide Poetry Out Loud peers after repeating as South Carolina champion over the weekend in the state finals.

Emily Allison, now a sophomore and now at the Fine Arts Center of Greenville, made it two in a row Saturday, earning first prize over seven other finalists in a virtual competition. Allison was champion last year in her first experience in a contest that often favors more experienced students.

The South Carolina Arts Commission (SCAC) coordinates Poetry Out Loud in South Carolina, partnering with the National Endowment for the Arts and the Poetry Foundation to bring the competition to South Carolina 9-12 graders.

Each finalist was recorded reciting three poems via a video conference with Poetry Out Loud State Coordinator Bonita Peeples and prompter Thomas Maluck, teen services librarian for Richland Library. The videos were sent to the four judges and an accuracy judge.

After two rounds of evaluation, the top three scorers proceeded to the final round. They were: Allison; Harper Scott of Greenville who also attends the Fine Arts Center; and Catherine Wooten, who attends Westgate Christian School in Spartanburg. Allison prevailed in the final round, and Scott was named runner-up.

As state winner, Allison will receive a $200 prize and get to represent South Carolina in the national finals competition among a total of 55 state and jurisdictional finalists for the chance to win the $20,000 first prize. The 2022 national finals will also be held virtually. A semi-final round is scheduled for Sunday, May 1 and the national finals will take place Sunday, June 1. Both will stream on arts.gov, website of the National Endowment for the Arts.

About Poetry Out Loud

A partnership of the National Endowment for the Arts, Poetry Foundation, and the state and jurisdictional arts agencies, Poetry Out Loud is a national arts education program that encourages the study of great poetry by offering free educational materials and a dynamic recitation competition to high schools across the country. Learn more at PoetryOutLoud.org.