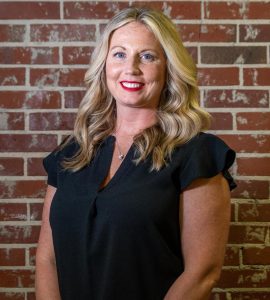 Kolak represents the South Atlantic Division on the seven-member committee dedicated to building the league by supporting the identification and development of strong team operators, creative competition structures and effective minimum standards. She will continue in her role with the Triumph.

The USL W League, the nation’s premier women’s pre-professional soccer league, was created in 2021 and is set to kick off its first season in spring of 2022. The W League has 30 charter members, including the Greenville Triumph women’s team. The team will announce its name, crest and colors at the end of March.

“We are excited to have Megan representing the Greenville Triumph and our South Atlantic Division on our executive committee,” said USL director of women’s soccer Betsy Haugh. “She brings a wealth of insight and perspective to the table that will be critical to us as we continue to prepare for our inaugural season.”

Kolak, with more than a decade of sports marketing experience, joined the Greenville Triumph in 2018 when the club was created. She led the Triumph’s marketing and community relations efforts for four years before recently being promoted to senior vice president, taking on an executive role with the club’s new women’s team. Kolak will continue her existing duties overseeing partnership fulfillment, community relations and game day operations.

“Megan is an invaluable member of our team, and we are thrilled to be able to provide her with an opportunity to continue to grow in her role with our Club,” said Greenville Triumph President Chris Lewis.

“Our W League team provides a tremendous platform for Megan to work with Julie Carlson on the continued evolution of our Club while also providing her with an opportunity to take the next step in her professional development. Megan is a pro’s pro, and we are excited to see her excel in this role both with our Club and the W League.”