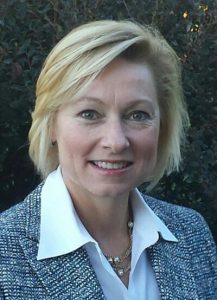 The American College of Bankruptcy announced that Janet B. Haigler of Haigler Law Firm LLC, Chapin, South Carolina will be inducted as a Fellow of the College in October 2021 at its meeting being held in Indianapolis.

The American College of Bankruptcy is an honorary public service association of the United States and international insolvency professionals who are invited to join as Fellows based on a proven record of the highest standards of expertise, leadership, integrity, professionalism, scholarship, and service to the bankruptcy practice and to their communities. Nominees are extended an invitation to join based on a sustained record of achievement. Candidates are selected by the College’s Board of Regents from recommendations of Circuit Admissions Councils in each federal judicial circuit and Committees for Judicial and International Fellows.

Criteria for selection as a Fellow of the College include: the highest standards of professionalism, ethics, character, integrity, professional expertise and leadership contributing to the enhancement of bankruptcy and insolvency law and practice; sustained evidence of scholarship, teaching, lecturing or writing on bankruptcy or insolvency; community service; and commitment to elevate knowledge and understanding of the profession and public respect for the practice.

Janet B. Haigler has practiced in the area of bankruptcy, creditor rights, and commercial litigation for over twenty-five years and is certified by the South Carolina Supreme Court as a Specialist in Bankruptcy and Debtor-Creditor Law. In 2014, Ms. Haigler was appointed by the Office of the United States Trustee as a Chapter 7 Panel Trustee for the District of South Carolina.

For more information about the American College of Bankruptcy, or about the 2021 Induction Ceremony, contact Shari A. Bedker, Executive Director at 434-939-6004 or email at [email protected].