Driving north on Highway 79 you see beautiful country in a region rich with history yet a tad poor looking. Don’t let the lack of development (a blessing) and Wikipedia’s bland description fool you. “State Route 79 is a 26.7-mile-long state highway in the east-central part of the U.S. state of Georgia. The highway travels from US 378/SR 43 in Lincolnton northwest to SR 72 at a point southeast of Elberton.”

Here’s what I say about Highway 79: it’s a sumptuous feast, this short highway that parallels the Georgia-South Carolina border. It begins as Lincolnton’s Goshen Street and runs on as Highway 79 over a finger of Clarks Hill Lake, Soap Creek, and other creeks. It passes Graball and the Chennault Place where robbers allegedly raided the Confederate gold train. It crosses Newford Creek where Granddaddy Walker told me robbers stashed the gold. It passes where my mother grew up, and it crosses Pistol Creek where I caught 21 white bass in thirty minutes, my fishing hall of fame moment. 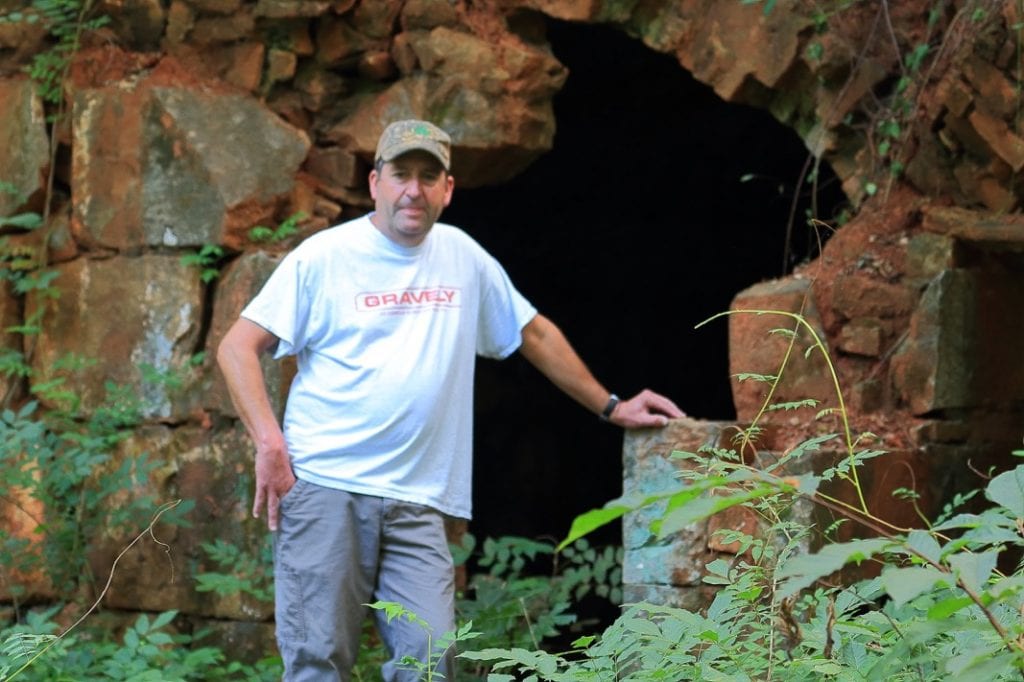 Richie DuBose and the ruins of the Broad River Manufacturing Company

But here’s where things get interesting. Past Pistol Creek, as Highway 79 climbs a hill, it passes the site of the Rhodes Fly-In, the most interesting family reunion I’ve attended. You can trace the fly-in’s origin to a one-hundred-year-old tenant shack. In this picturesque cabin, boys destined to become pilots were born in this historic area. Each September on a given Sunday pilots fly in and friends and relatives enjoy the show and great food. Clarks Hill Lake lies within walking distance of the Rhodes homeplace. Nearby is an old slave cemetery. William Bartram, whose Travels in Georgia and Florida is a classic of American natural history, explored the area in 1773.

Just up the hill you can turn left at Thankful Baptist Church and make your way to Anthony Shoals, where the rare rocky shoals spider lily puts on a show come May-June. Across the shoals on the Elbert County side stand the ruins of the old Broad River Manufacturing Company, which processed Goshen cotton.

I decided I’d find those ruins, and a forester by the name of Richie DuBois led my quest. Feeling like Indiana Jones, we set out up Highway 79. Soon we were on a rutted road in wilderness. Bumping and jostling along, we spied a rock wall wreathed in vines: ruins. Climbing through the snakiest place I’ve been in a long time, we reached a small plateau where dungeons built of stone blocks and old bricks did their best to imitate Mayan ruins. 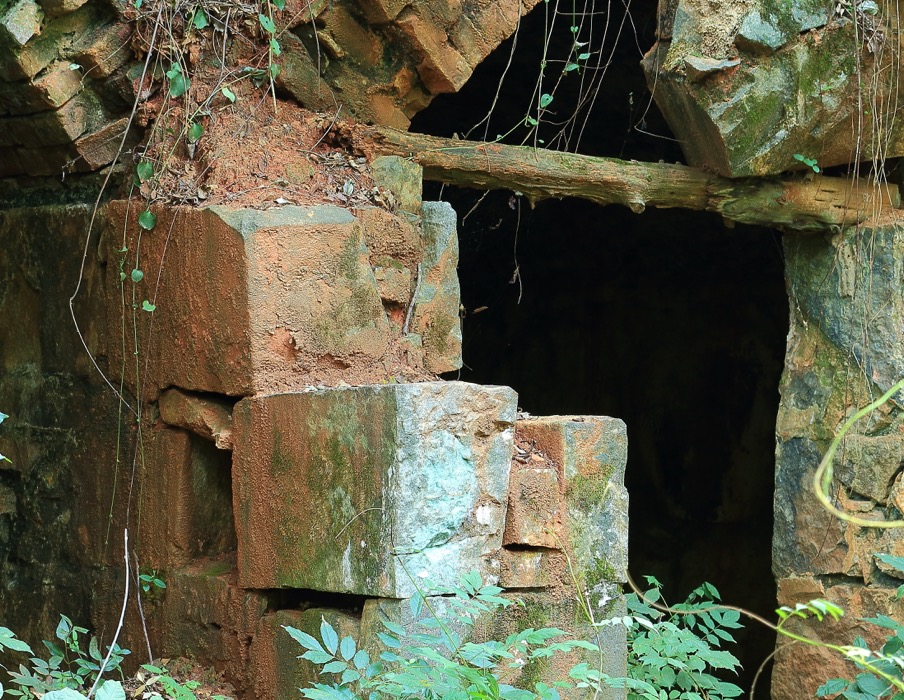 “If I’m ever going to get snake bit, today’s the day,” I told Richie as thick vines did their best to tackle us. We plan to go back to find remnants of a huge stone wall and the lost town of Huguenot, Georgia. Surely something remains from this lost town. Foundation stones? Fragments of stoneware?

Close by this spot sleep the inundated towns of Petersburg and Lisbon, Georgia, and Vienna, South Carolina. Three watery ghost towns to be sprang up here long, long ago. And then the fates conspired to do them in. Petersburg was in Wilkes County (later Elbert). Lisbon was in Lincoln County, and Vienna was near Mt. Carmel, South Carolina.

Bob Dylan recorded “Highway 61,” which runs from Duluth, Minnesota to New Orleans. In the song God tells Abraham to kill a son, which comes from Genesis 22. Back where I grew up we have Highway 79, a heck of a historic highway. No one killed any sons here that I know of but history aplenty lives here.

Highway 79 concludes with its northern terminus at Highway 72 up in granite country. Folks love TV and movies but why watch when you can participate. There’s a lot of adventure out there and Highway 79, not quite 27 miles long, offers plenty of it.