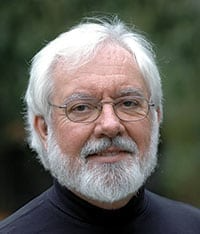 Beer brings out the humor in us and some deep and some not so deep philosophical thoughts and sentiments. We hope you will enjoy a few quotes about beer, some funny and some serious. And it might help you understand the unique names and graphics we see on labels today.

“Not all chemicals are bad. Without chemicals such as hydrogen and oxygen, there would be no way to make water, a vital ingredient in beer.” Dave Barry

“You can’t be a real country without a beer and an airline. It helps if you have some kind of football team, or some nuclear weapons, but at the very least you need a beer.” Frank Zappa

“Beer is not the answer. Beer is the question. ‘Yes’ is the answer.” Anon

“If you can’t fix it with duct tape or beer it ain’t worth fixing.” Anon.

“Everybody needs to believe in something. I believe I’ll have another beer.” WC Fields

“Anyone can drink beer, but it takes intelligence to enjoy beer.” Stephen Beaumont. Widely acknowledged as one of the world’s leading beer writers, Stephen Beaumont is the author or co-author of 10 books about beer, including “The Beer & Food Companion.”

“In wine there is wisdom, in beer there is freedom, in water there is bacteria.” Ben Franklin

“My favorite beer is ‘another one.’” Tom T. Hall

“They say there is more to life than beer. Who is they? And why would I trust them?” Anon

A fine beer may be judged with only one sip… but it’s better to be thoroughly sure. Czech Proverb

“He was a wise man who invented beer.” Plato

“Beer, if drunk in moderation, softens the temper, cheers the spirit and promotes health.” Thomas Jefferson

“In a study, scientists report that drinking beer can be good for the liver. I’m sorry, did I say ‘scientists’? I meant Irish people.” Tina Fey

“There is no such thing as a bad beer. It’s that some taste better than others.”
Billy Carter

“Isn’t beer the holy libation of sincerity? The potion that dispels all hypocrisy, any charade of fine manners?” Mark Twain

“Whoever drinks beer, he is quick to sleep; whoever sleeps long, does not sin; whoever does not sin, enters Heaven! Thus, let us drink beer!” Martin Luther

“Without question, the greatest invention in the history of mankind is beer. Oh, I grant you that the wheel was also a fine invention, but the wheel does not go nearly as well with pizza.” Dave Barry

“There is an ancient Celtic axiom that says, ‘Good people drink good beer.’ Which is true, then as now. Just look around you in any public barroom and you will quickly see: Bad people drink bad beer. Think about it.” Alice Cooper

“Beer is proof that God loves us and wants us to be happy.” Ben Franklin. Actually this is a misquote. Ben never said it, but popular culture demands that he did, so we will go with it.

“Beer makes you feel the way you ought to feel without beer.” Henry Lawson

It is really interesting to shop the beer isle at the grocery store or better yet go to a store that sells nothing but beer and wine. The creativity is worthy of an art museum. It makes you wish you had a job working for a brewery coming up with names, logos and labels. It would be like being in kindergarten with a box full of crayons. Whether you are selling beer or lawn maintenance and you are looking for marketing and branding inspiration visit one of the stores and indulge yourself in the artistry of the labels. The selections are almost endless, and it will open your eyes to the vast number of possibilities.

When designing your beer label remember the words of Kinky Friedman, “Beauty is in the eye of the beer holder.”

We buy with our eyes.™

Ken Gasque is a brand developer, marketing planner and designer. Ken works with small companies and large companies who recognize the need to differentiate their products and services to stand out in a cluttered market. Ken is a highly visual, outside-the-box-thinker on advertising, branding and marketing—his work reflects his belief that “We buy with our eyes.” Ken writes and lectures on his experiences developing brands (good and bad). www.gasque.com