There is perhaps no better demonstration of the folly of human conceits than this distant image of our tiny world. To me, it underscores our responsibility to deal more kindly with one another, and to preserve and cherish the pale blue dot, the only home we’ve ever known. —Carl Sagan

I wish I could have seen Sagan’s pale blue dot before man began to ruin it. Can you imagine a world where not one tree has been cut, not one river dammed? Try to imagine a world without highways, bridges, airports, and rail lines? Imagine a world where clouds of passenger pigeons blot out the sun. How about seeing Carolina parakeets? Ivory-billed woodpeckers? Man has been rough on Earth. 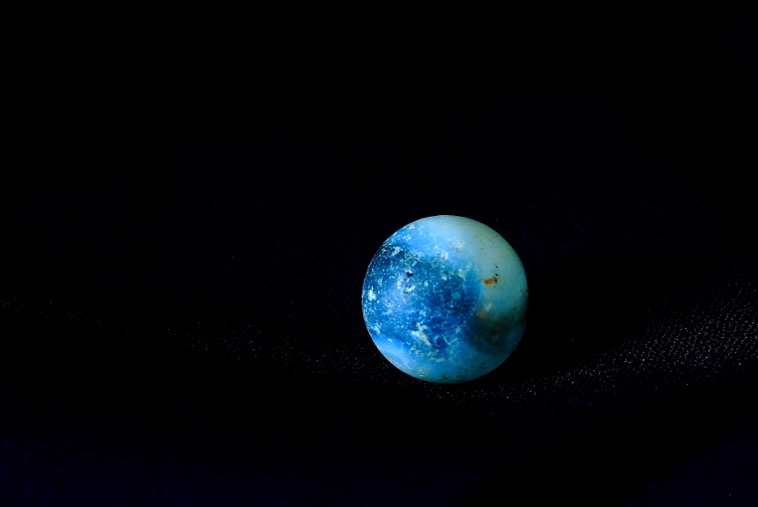 Might Earth have a sister planet? Maybe, the universe is infinite. If a sister planet exists, I have a wish list for it. May you, Earth sister, out there in the cold black fabric of space never experience what ruined our world. Here’s a short list—automobiles, batteries, concrete, development, electricity, fossil fuels, governments, housing, industry, jets, kilowatts, landfills, machines, nuclear power, oil, plastic, quarries and mines, roads, shipping, technology, uranium, violence, war, Xanax and mind-altering drugs, yellow journalism’s scare tactics, and zoning frauds. Each brings trouble to Earth in abundant ways. Over development, drugged-out thinking, and facts that aren’t facts compound the damage.

The ultimate ultra-damaging word makes no appearance. It begins with “p” and it’s the cause of all the woes. No people mean no problems like greed and power over others. So, if there’s another pale blue dot in the Goldilocks zone, I wish that no people-like creatures plague it. May you, sister planet, remain pure, beautiful, and blessed to keep things we’ve ruined—virgin forests, free-running rivers, clean air, seas free of contaminants, and myriad species that need not face extinction.

We’ve changed things so much it’s impossible to recall how things once were. Can you imagine a world where all sounds are natural? Wind, rain, thunder, and calls of wildlife? The sharp crack of splitting ice? The glassy crash of waterfalls, the tapping of sleet against icy rocks. The whisper of tumbling snowflakes? The cadence of the sea. Instead, we hear sirens, sonic booms, horns, alarms, the shriek of engines, gunfire, and loud music that’s anything but music.

I was never a hippie. Never demonstrated. Never kneeled. Never burned a flag. I’ve never protested anything, but I’d have to be blind to ignore what we’re doing to our pale blue dot. We live on a blue marble, and as long as the population continues to climb, I see more plastic, more pollution, less potable water, and more so-called progress that leads to catastrophic results. People kill each other over feeding feral cats. They’ll sure as hell kill each other over drinking water for their families.

Visionaries encourage us to colonize Jupiter’s moon, Titan, but people are the last thing Titan needs. Landing on the moon was a spectacular feat but we left litter up there. Mount Everest is run over with spent tanks and litter from climbers. If man can reach a place, he will ruin it. I see no solutions, no way out. I apologize for the negative message, but you have to admit it’s true. Carry on, my rant is over.