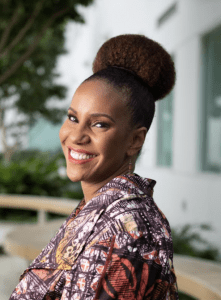 Seventeen months after breaking ground on the museum, its board of directors has selected as their CEO, Dr. Tonya M. Matthews. Dr. Matthews, an experienced executive, thought leader and educator, has proven track records in organizational leadership, strategic planning, diversity and inclusion, program development, project management and vast visitor, and community engagements initiatives.

She is founder of The STEMinista Project,a ground-breaking, national initiative that inspires middle-school girls to consider tools and careers in STEM. The initiative uses a collective impact program design and global role model database to provide 1000+ hours of STEM experiences for participants every year. Her most recent position was Associate Provost of Inclusive Workforce Development and Director of the STEM Innovation Learning Center at Wayne State University in Detroit, Michigan.

But her heart lies in history as well, so the change-maker and innovator who received her undergraduate degree from Duke University in biomedical and electrical engineering and her doctoral degree from Johns Hopkins University in biomedical engineering plans to engineer a global success with Charleston’s gift to America and the world: a world-class museum at the site where more enslaved Africans entered bondage than any other place in the United States.

“The International African American Museum is poised to be a critical global treasure,” said Matthews, 46. “I am both humbled and compelled to step into the role of CEO of this incredible institution that is so necessary for these incredible times – and beyond.

Matthews said she is already proud of her new home.

“I am excited to stand with the people of Charleston as we steward this sacred site and the often-silenced stories of American history – both the horrific and the victorious – that continue to challenge our efforts to create a more perfect union,” she said. “This is a national story with global impact, and we look forward to engaging the critical partnerships and support that are needed to help us sustain this work.”

IAAM Board Chairman Wilbur Johnson said that that finding Matthews was the final task of a 20-year journey.

“The infrastructure of any enterprise, in this case this amazing museum, is a vital component of the project and for that reason, we were really keen on finding someone who we thought could not only lead this project but also inspire the staff and the visitors and everyone who will be interested in this project,” he said.

Former Mayor Joseph P. Riley Jr., who has called the museum “his life’s most important work,” said he was thrilled.

Matthews said her previous experiences with history museums and organizational diversity and inclusion have prepared her for this job, which she considers her greatest mission.

The mission of the museum center, the largest cultural institution in Cincinnati with more than 1.7 million visitors per year, is to inspire people of all ages to learn more about the world through regional history and science. Matthews helped oversee a budget of $27.5 million and led the museum’s vision for education, research, and community engagement.

In her role with the alliance, she managed the Division of Museums, which comprised the museum center’s Natural History and Science Museum, its Children’s Museum, and its History Museum, as well as, two research facilities, and the 19,000-acre Edge of Appalachia nature preserve. She managed a staff of 120 employees and more than 200 volunteers and oversaw a budget of $10M, which included earned, fundraised and endowed revenues.

Matthews was steward of about 1.8 million artifacts and improved collaborative program development between the museums and research facilities to reach broader goals. She managed the first full museum accreditation of the museum center across all museums and research facilities, and she was a member of the executive leadership team that integrated the National Underground Railroad Freedom Center into the museum center.

Among her greatest accomplishments was a partnership with the National Museums of Kenya that connected middle school students in Cincinnati with their peers in Lamu, Kenya, the oldest continually inhabited town in the country. The program used cultural heritage research and with funding from the U.S. State Department Museums & Community Collaborations Abroad Program to connect children to children. The program at five schools (three in the United States and two in Kenya) led to a year-long exploration of the intangible heritage of two communities, supported by distance-learning and classroom connections via telecommunications platforms, artists, storytellers and museum educators. It is a program she plans to emulate at the International African American Museum.

She also directed the launch of Facing Change, a national initiative to diversify museum boards across the country with founding support from the Walton, Mellon and Ford Foundations.

When she left Cincinnati in 2013, she said in news reports that she had stalked Detroit. She became the inaugural President and CEO of the Michigan Science Center, transforming the 80,000 sq. ft. facility from the locally respected Detroit Science Center to a statewide active hands-on learning center with a 52-county footprint that hosted sustainable virtual and long-distance learning programming and new innovative, hands-on exhibitions and programs annually.

After founding The STEMinista Project 2015 and working in science and engineering, she turned her attention to diversity and inclusion, directing the national initiative to diversify museum boards across the country. She then focused on collegiate connections, becoming Associate Provost of Inclusive Workforce Development and

Director of the STEM Innovation Learning Center at Wayne State University. Dr. Matthews’ story and her successful effort to connect communities and celebrate history have defined her entire life.

She was born in Washington, D.C., the oldest of four children to a teacher and a cop. She had considered becoming a doctor because, “I wanted to save the world and help people,” but discovered biomedical engineering instead.

Matthews also is a published and performing poet and was included in the 100 Best African-American Poems, 1st Edition (2010) edited by Nikki Giovanni. She has studied with Sonia Sanchez and appeared alongside poetic and musical legends such as Tony Medina, Nikki Giovanni, Roy Ayers and the late great Ray Charles. She is a recipient of the People’s Poetry Awards for “Best Page to Stage Poet” and is the original BlackWords Grand Slammin’ Champion.

She has served on numerous boards including the American Alliance of Museums, Chatfield College, Detroit Public Television, First Independence Bank and the National Academy of Sciences Board on Science Education.