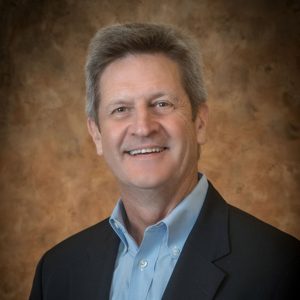 The President and CEO of Intramed Plus, Inc. – Varner Richards, PharmD – has been awarded his profession’s highest honor from the National Home Infusion Association (NHIA).

For more than 30 years, Intramed Plus has been providing home infusion therapy in the home and via their Infusion & Medical Centers at facilities in the Midlands, Lowcountry and the Upstate of South Carolina.

Gene Graves, PharmD, was an Arkansas retail pharmacy owner when he developed one of the first home IV therapy services in the United States. He helped create the NHIA in 1991, the same year that Dr. Richards opened Intramed Plus.

The award that carries Dr. Graves’ name is presented each year to an individual who has dedicated significant time, energy, and resources to working on behalf of patients and the home infusion industry. Dr. Richards has been on the NHIA Board of Directors for the past six years and has been actively involved in the association’s benchmarking programs and advocacy efforts.

“Varner Richards has been a longtime advocate for home infusion, and his commitment to his patients, his business, and the association is unparalleled,” said NHIA President and CEO Connie Sullivan, BSPharm.

Dr. Richards grew his passion for the potential for home infusion therapy from his rural Nebraska roots, where he observed his mother’s commitment to his father’s medical needs. He eventually earned his Doctor of Pharmacy degree from the University of Nebraska Medical Center in Omaha and served as Assistant Director for Clinical Pharmacy Services from 1982 to 1988 at Palmetto Richland Memorial Hospital in Columbia.

“The availability of skilled, compassionate, safe delivery of infusion services to patients in their homes and small clinics, rather than in large medical centers, has never been more critical,” Dr. Richards says. “Working with a great team of professionals at our centers and within our industry has been a pleasure and a privilege, and I’m grateful for this recognition, which is about them as much as me. Together, we’ll continue to ensure our patients are provided the best therapies and devices available as infusion technologies and techniques continue to advance.”

Intramed Plus provides an array of infusion services for patients in South Carolina in-home and in our three Infusion & Medical Centers in West Columbia, North Charleston and Greenville, SC. For more than 30 years, our team of pharmacists, nurse clinicians, nutritionists, intake specialists, delivery drivers and patient support personnel have used best practices to help our patients achieve positive outcomes while avoiding or limiting hospitalization.