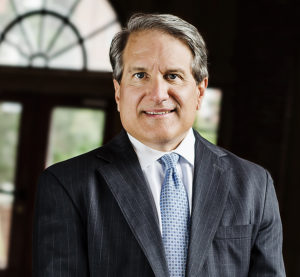 Joe Lucas, an attorney concentrating in public finance, development finance, and banking and underwriting with Pope Flynn, a Columbia, South Carolina-based law firm, has received “Lawyer of the Year” in Public Finance Law for Charlotte from The Best Lawyers in America© 2020. The designation is given to only a single lawyer in each practice area in each community, and is “awarded to individual lawyers with the highest overall peer-feedback for a specific practice area and geographic region.” Best Lawyers methodology is based on peer review. This is the second time Lucas has been designated “Lawyer of the Year” in Public Finance Law in Charlotte by Best Lawyers; the first designation was for 2015. Lucas has been listed in Best Lawyers for public finance law since 2005. Lucas was elected a Fellow of the American College of Bond Counsel in 2016.

“We are thrilled that Joe has been honored by Best Lawyers for the second time with a “Lawyer of the Year” designation in public finance in Charlotte,” said Margaret Pope, public finance attorney and founder of Pope Flynn. “He is well-deserving of the honor. Joe is tremendously talented, and he has worked in both of the Carolinas in public finance law for more than 25 years. He has not only ably led our firm over the past five years, but also ably served so many hospitals, colleges and universities, secondary schools, charitable organizations, and city and county governments. We and our clients have been fortunate to benefit from his wise counsel and leadership.”

Pope Flynn is headquartered in Columbia, SC, with additional offices in Charleston, Spartanburg, and Charlotte, NC, and concentrates in public finance and government law.