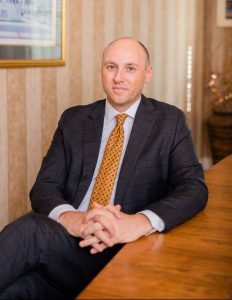 Berry was the head of the Richland County Animal Cruelty Prosecution Task Force when he served previously in the Solicitor’s Office for the Fifth Judicial Circuit.

Berry spoke from his prosecutorial experience, covering such areas as:

• The main South Carolina code sections covering cruelty to animals and fighting and baiting.
• Examples of what criminal neglect looks like.
• How to assess whether an animal’s condition shows evidence of cruel treatment.
• The difference between misdemeanor and felony offenses.
• The role that criminal intent plays in prosecuting a case.
• Various lesser-known forms of abuse, such as forcing an unfit animal to work, improper transportation, removing tails and other forms of mutilation and abandonment.
• Various legal issues involved in arrests, including issuance of warrants and custody and care of confiscated animals.
• How to build a case that will stand up in court.
• How best to present the case in court, from preparing witnesses to dealing with cross-examination.

Animal cruelty is an offense that has gained greater attention and resources in recent years, and for good reason, according to Berry. Abuse of animals frequently leads to abuse of humans, such as violence against children and spouses. It also tends to occur alongside other criminal activities, such as drug trafficking.

As head of the Animal Cruelty Task Force during his time in the solicitor’s office, Berry worked to improve communication and trust between agencies and promoted awareness within law enforcement. The task force successfully prosecuted 29 cases over three years.
In private practice with Lewis Babcock, Berry now represents clients in the areas of fiduciary negligence, business disputes, eminent domain cases, and appellate matters.

Founded in 1984, Lewis Babcock is a litigation law firm with a statewide practice and national reputation. Practice areas include business disputes, professional negligence, and eminent domain. Learn more at https://www.lewisbabcock.com.