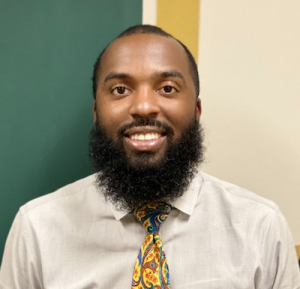 In a called meeting on June 7, 2021, the Laurens County School District #55 (LCSD 55) Board of Trustees approved Joshua Dawkins as principal of Sanders Middle School effective July 1, 2021. “Joshua Dawkins is an exemplary campus leader. He has a deep connection to our students, parents, and staff, and he will be able to transition into this new role seamlessly. He has a proven record of building a strong culture, and I know that Sanders Middle School will flourish under his leadership,” said Superintendent Dr. Ameca Thomas following the board’s approval of her recommendation of Dawkins for the position. Dawkins will replace current principal J.R. Reid who is leaving the district at the end of the 2020-2021 school year.

Dawkins began his LCSD 55 employment as a career development facilitator and teacher at Hickory Tavern School. Upon earning a master’s degree in School Counseling from Liberty University, Dawkins became a school counselor at Laurens District 55 High School (LDHS). He later assumed the position of assistant principal at LDHS, a role in which he also served as the administrator of the school’s Freshman Academy. Dawkins has been instrumental in the development and implementation of Laurens Middle College during his years at LDHS.

Dawkins received his undergraduate degree in Physical Education from Winthrop University and his master’s in Counseling and Educational Leadership from Liberty University. Dawkins is currently working toward a Ph.D. in Education at North Greenville University.

Dawkins said, “I am grateful to Dr. Thomas and the Board of Trustees. I look forward to implementing the district’s vision to uplift the community and provide future productive young adults. I cannot wait to meet the staff, students, parents, and community at Sanders Middle School. The 2021–2022 school year will be a great one.”

Laurens County School District 55 is committed to the principle of equal opportunity and strives to empower and inspire all to be educated and informed.