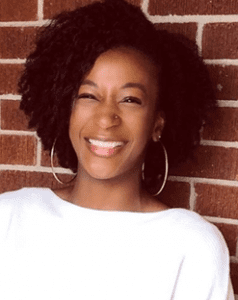 “College students have traditionally voted at one of the lowest rates of any group in the United States,” according to an op-ed published in the Los Angeles Times earlier this year.

Trinity Williams, a junior political science major, is looking to change that on the PC campus by leading a non-partisan voter registration campaign.

“That college students historically vote at low rates is insane because we are the future of America,” Williams said. “College students have the loudest voices in society but the quietest in voter registration.”

Williams will lead a voter registration workshop on campus in September. NAACP student chapter members, along with members of the League of Women Voters of Greenville County, will help students register to vote and talk to them about the absentee ballot.

“We’ll also focus on John Lewis’ ‘Good Trouble’ as he was an advocate for voting,” Williams said. “Overall, the film will be a tool for voter registration education for college students.”

Williams, a writer for The BlueStocking college newspaper, plans to run a series on the importance of voting.

“I’ll interview students about why it is important to vote for them,” she said. “I believe when students see their peers vote, it encourages them to do so as well.”

“My right to vote”

Williams plans to attend law school after graduating from PC. She’s learned about the importance of voting in classes like Introduction to American Government, Introduction to Political Analysis, and The American Presidency and says voting is very personal to her.

“As a woman, college student, and African-American, it has always been apparent that my voice and my vote matters,” Williams said.

“Obviously, women and African-Americans have not always been able to vote in American history, so it is vital that I use my right to vote as many of my ancestors fought for me to do so.”

Get involved at PC

PC students, like Trinity, get involved on campus by taking part in causes and in organizations they’re passionate about. Check out Political Science and the Get Involved page to learn more about opportunities available to you.