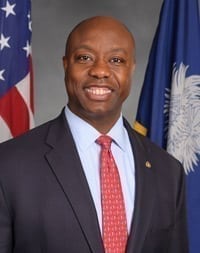 “Now is the time for reform,” Senator Scott said. “The murder of George Floyd and its aftermath made clear from sea to shining sea that action must be taken to rebuild lost trust between communities of color and law enforcement. The JUSTICE Act takes smart, commonsense steps to address these issues, from ending the use of chokeholds and increasing the use of body worn cameras, to providing more resources for police departments to better train officers and make stronger hiring decisions. I want to thank Leader McConnell and the entire task force not just for their hard work on putting this bill together, but for their commitment to finding real solutions.”

The full text of the JUSTICE Act is here,