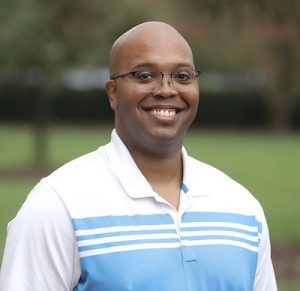 Dr. Holly Pinheiro, Jr., author of “The Families’ Civil War: Black Soldiers and the Fight for Racial Justice,” will speak at Lander University on Monday, February 28.

An Assistant Professor of History at Furman University, Pinheiro will lead the audience beyond the combat zone and shed light into the soldiers’ personal lives. His groundbreaking research highlights how racism affected Black soldiers physically, socially and economically – impacting family structures and social spaces of African Americans long after the war ended.

Pinheiro is an expert on the military experiences of Black soldiers during the Civil War and Reconstruction. He has served as guest lecturer at universities across the country, appeared on C-SPAN, and is featured in a video series hosted by the U. S. National Park Service. Pinheiro’s articles and academic journals have been published in the U.S. and abroad.

Offered by Lander’s College of Behavioral and Social Sciences, in partnership with the University’s Diversity Advisory Council, the program is part of the University’s Jackson Endowed Lecture Series and recognizes Black History Month.

The program begins at 5:30 p.m. in the Abney Cultural Center Auditorium, with a reception following the event. Face coverings are required inside the Auditorium.

About the Jackson Endowed Lecture Series:

The Jackson Endowed Lecture Series honors Lander University’s ninth president, Larry A. Jackson, whose energy and vision led the institution through nearly two decades. President of Lander from 1973-1992, Jackson was the longest-serving president of any four-year public college in the state at that time. For more information on the Jackson Lecture Series, contact Lander’s College of Behavioral and Social Sciences at (864) 388-8176.