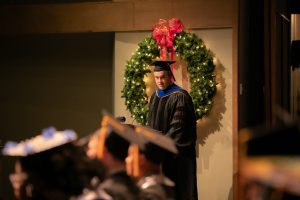 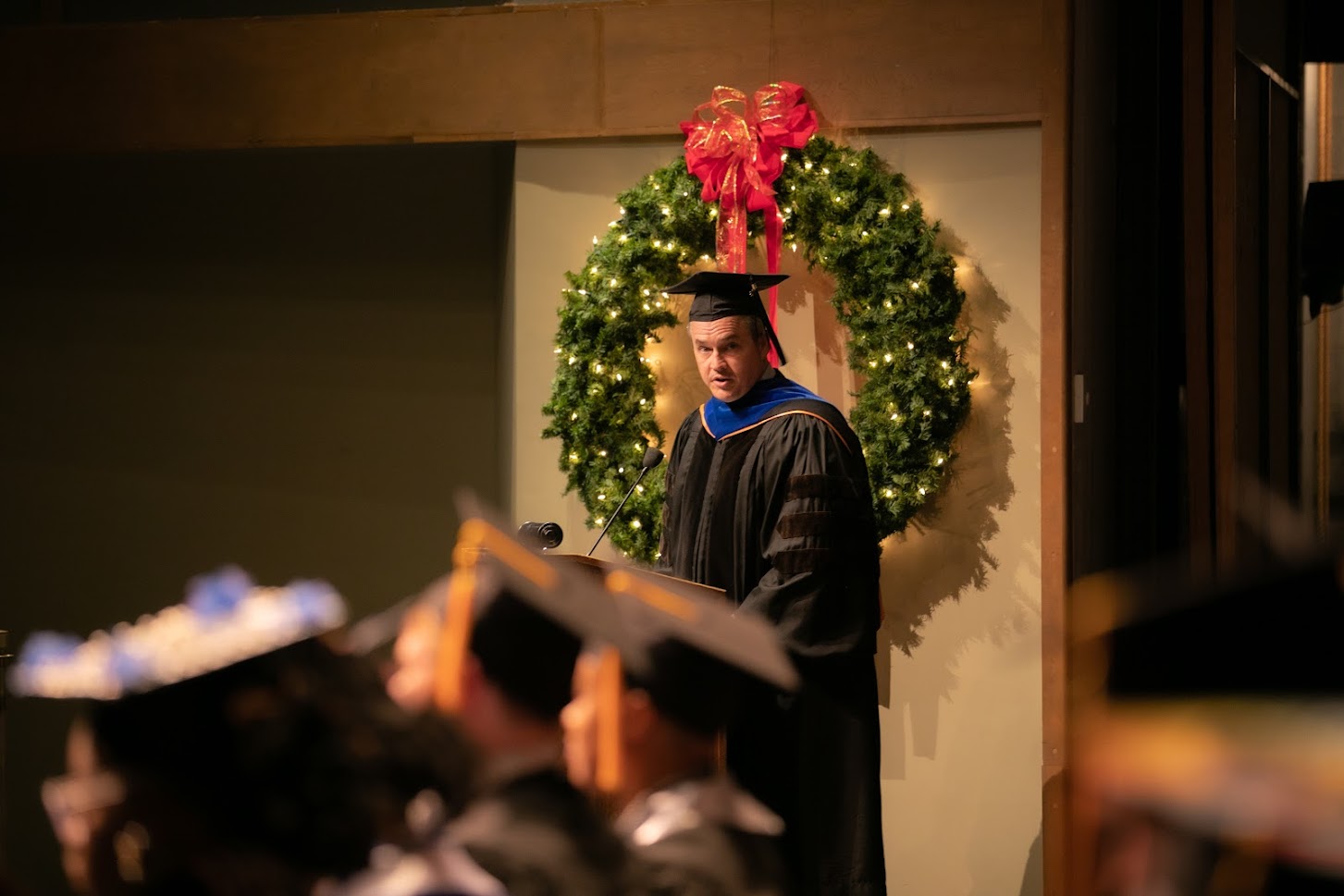 Earning a graduate degree for many students is an academic journey often fraught with uncertainty and resilience.

For 74 graduate students who were awarded their degrees in Lander University’s recent commencement exercises, their hooding ceremony – the first ever for all of Lander’s graduate-degree recipients – was an occasion to mark their sacrifices and success.

Lander’s School of Nursing and College of Education in previous years held their own hooding ceremonies. However, Lander’s graduate program has expanded to a point that it was time to recognize all of the graduates at the same time, said Dr. Lloyd Willis, dean of the College of Graduate and Online Studies at Lander.

The hooding ceremony is an academic tradition that dates back to the 12th and 13th centuries when universities were taking form, Willis said.

“The ordinary dress of the scholar, whether student or teacher, was long gowns, the dress of a cleric. The attire often was necessary for warmth in unheated buildings,” he said.

The “hoods” that they wore, which now take the form of a colorful stole or elongated scarf draped over the shoulders of a master’s or doctoral degree graduate, served as a covering for the head.

“Today, hoods are the most expressive component of the academic regalia,” Willis said. “They serve to communicate the graduate’s school, degree and field of study through their length and the colors of the lining and binding.”

Among the Class of 2022, Willis said, were many who earned their degrees while working full time. Most who completed their master’s degrees in education taught school in Greenwood, but also in the Midlands and cities around the state, as well as the Atlanta area.

Willis recognized the difficult adjustments each made to achieve their goals. “You worked on spreadsheets at the kitchen table after feeding your family dinner on school nights, you wrote discussion posts after your spouse went to bed, you did your reading on Tuesday and Thursday nights in your car while your son or daughter attended soccer practice or volleyball practice or dance.”
Sometimes, a student “had to make some corrections on essays because the toddler you were holding on your lap loved smacking your keyboard. You turned a couple of things in late because you got COVID or the flu, or your spouse or kids did. Some of you lost a family member. Some of you battled cancer – and still you carried on with work and school.”

Megan Driggers, of Florence, attended the ceremony knowing that the next week not only was leading up to Christmas, but also another round of chemotherapy. Driggers, who earned a master’s degree in emergency management, is battling Stage 4 cancer.

An emergency preparedness coordinator for Florence County, Driggers went through the program with her friend and colleague, Kristina Burch, the county’s deputy director of emergency management. “I have been battling cancer for two years,” Driggers said. “The course work really kept me busy, and kept the cancer ‘out of my head.’ The program gave me something else to focus on.”

Burch lauded her colleague, the mother of two children, for her perseverance. “She has been through so much, but she has been committed to her job and earning her degree. Megan is the epitome of determination.”

Burch pursued her master’s degree because she wants to teach emergency management professionals in the future. “When I retire from this job, I would like to teach to a new generation in this field. It would be icing on the cake.”

Diamond Davis, of Pineville, became a new mother to a daughter, Paisley, during her master’s degree studies in the College of Business.

Davis said she struggled with postpartum depression after the birth of her daughter. “Being a mother and working … it was overwhelming. But I communicated with my professors, and let them know what I was dealing with,” she said. They were very responsive and accommodating.”

The 1-year-old Paisley, who attended the ceremony with Davis, even went to academic meetings with her mother. “My degree means everything to me,” she said. “I want her to know the value of an education, and I want to be a role model for her. I want her accomplish what I have, or even better.”

Dr. Cherie Raines, assistant professor of marketing, praised Davis’ resolve to earn her degree. “This young woman is amazing. She is one of the best.”

After earning his bachelor’s degree from Claflin University in mathematics, Keati Buchanan decided he wanted to learn more about business and have more versatility in his career. He chose Lander’s MBA program because the online courses would enable him to work and complete his degree.

Lander offered him a graduate assistant’s position, he said, which has been a rewarding experience.

Having earned his master’s degree “still doesn’t feel real … but I can tell you that I’m happy,” said Buchanan, who is employed with the Savannah River National Laboratory.

That same joy was shared by his father, George Buchanan. “It means a lot to me to know that my son worked so hard to get his degrees. I have always been proud of him, but this is a great Christmas present.”