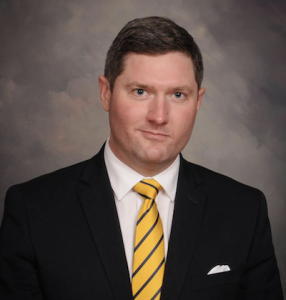 The City of Laurens will soon experience growth not seen in decades as it welcomes a new housing development, the largest development of its type since the early 1980s. The planned neighborhood will feature houses in the $200,000 – $300,000 price range with generous lot sizes and other community amenities including a fishing pond, common green space, and a trail system.

The site for this new residential development is adjacent to The City of Laurens recreational facility, known as “The Ridge,” and will occupy the sixty-six acre tract between The Ridge and Fleming Street Extension.

The property, which was originally acquired by the City in October 1947, will be developed by SK Builders, Inc., recently voted as “Best Home Builder in the Upstate 2020” by readers of The Greenville News. This will be the company’s first foray into Laurens County. However, the developer is responsible for building neighborhoods in Greer, Greenville, Piedmont, Landrum, Simpsonville, and various other communities across the Upstate. 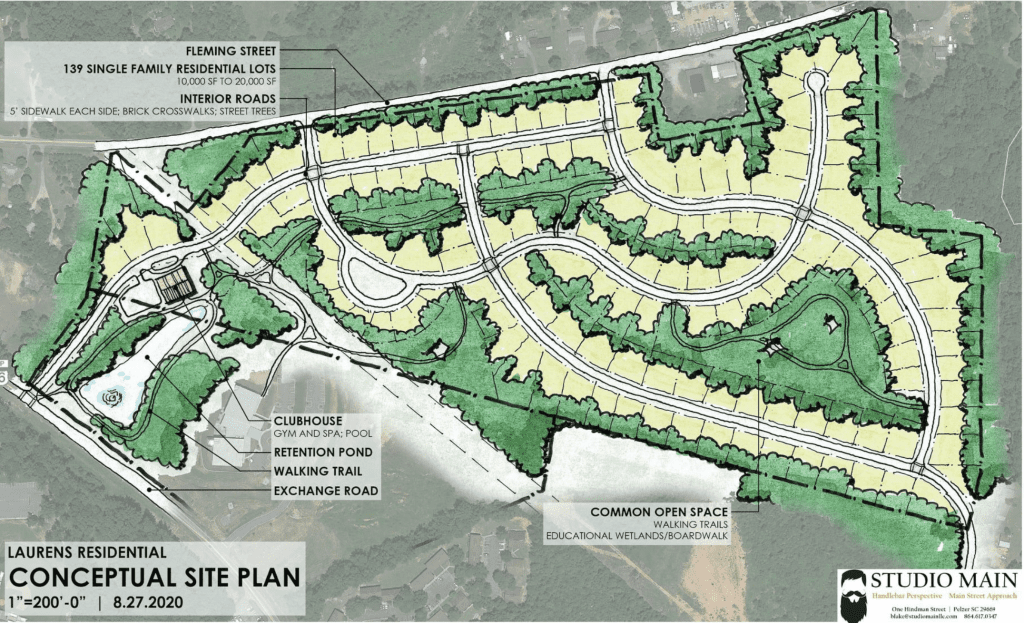 Discussions with developers began after Laurens City Council met in executive session in June 2020 and authorized Mayor Nathan Senn to begin identifying those who might be interested in bringing a sorely needed new residential community to the City’s property.

After meeting with a number of developers, Mayor Senn said that he got a sense of what each would bring to the city in terms of build quality, the developer’s willingness to build a community that fit within the goals of the city, and the spirit of cooperation each would bring to their dealings with the City. The Laurens Commission of Public Works was also brought into discussions with several of these developers to assess possible infrastructure improvements for utilities. Mayor Senn also took visits to the sites of both finished communities and neighborhoods still under construction to see the building quality offered by those considering coming to Laurens. Ultimately, it was SK Builders, Inc. of Greer, SC that most impressed the Mayor.

Negotiations concerning price and potential incentives resulted in an agreement by which the City would sell the property to SK Builders for $350,000, with $175,000 to be paid at the closing on the property and $175,000 to be held in escrow and used as an incentive from the City to help pay for installation of water and sewer mains and any other necessary infrastructure improvements. Details of this negotiated agreement were presented to Laurens City Council in executive session at Tuesday night’s meeting (October 20, 2020), after which the Council approved first reading of the ordinance to approve the sale of land. Upon the second reading and passage of this ordinance, the Mayor will execute a deed on behalf of the City for the property.

“After nearly seventy-five years, this property will be back on the tax rolls, and in the new year we should see new houses being built,” said Mayor Senn. “We are tremendously proud that Laurens has taken this next, very important step in its growth. In attracting such a well-known builder to our city, we have shown to the world that Laurens is a city on the move, a thriving community that seeks to grow while preserving its unique charm. We look forward to breaking ground for these new houses which will soon be beautiful additions to our city, and a welcoming home for new families.”

“We are excited to be coming to Laurens, and we are proud to be part of the revitalization that we can see taking place in this city. We believe that this new neighborhood will attract both longtime residents of Laurens looking for a newer home and those who are new to the area and looking for a well-built home in a beautiful community,” said Tim Kalliainen, President of S.K. Builders.

Laurens Commissioner of Public Works General Manager John Young shared his enthusiasm about the project. “The Commission of Public Works is excited to work with SK Builders to bring this new neighborhood to reality, and we look forward to serving the residents who will soon call this city home.”