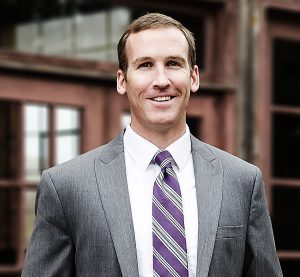 Lawrence Flynn, a public finance and governmental law attorney and member of the management team with Pope Flynn, has received “Lawyer of the Year” in Public Finance Law for Columbia from The Best Lawyers in America© 2021. Four attorneys with Pope Flynn, a law firm concentrating in public finance and government law in South and North Carolina, have received “Lawyer of the Year” in Public Finance: Joe Lucas, for Charlotte in 2020 and in 2015, Margaret Pope, for Columbia in 2019, Bill Musser, for Columbia in 2015, and now Lawrence Flynn. The designation is given to only a single lawyer in each practice area in each community, and is “awarded to individual lawyers with the highest overall peer-feedback for a specific practice area and geographic region.” Best Lawyers methodology is based on peer review. Flynn is also the recipient of a 2018 Leadership in Law Award from SC Lawyers Weekly in which honorees are selected by a panel of judges, based on professional accomplishment, personal accomplishment, and community involvement within the Palmetto State.

“Lawrence was the first attorney we hired in 2008,” said Margaret Pope, public finance attorney and founder of Pope Flynn, “and it has been a privilege to watch him grow over the course of the past twelve years. Public finance is a demanding and challenging field of law, and you do need to have the intellect and curiosity to master it. But you also need to enjoy people, because it’s the relationships that you build that really matter. If you want to hide away in your office and write briefs and research, you can’t be a bond lawyer; you have to be able to do all of those things and also be able to meet and work with people in a wide variety of unique contexts to meet the needs of cities, counties, school districts, special purpose districts, and other public entities. Lawrence is able to connect with people at every level. He’s also a problem-solver and a leader, and we are fortunate to have him at Pope Flynn.”

Flynn is Vice-President and board member of SC Thrive, a non-profit that helps individuals and families in crisis and helps bring them to independence and stability through training and providing access to a number of state and private programs. He is also a council member of the Government Law Section of the South Carolina Bar and a member of the Duke University Alumni Admissions Advisory Committee. Previously Flynn served as the treasurer and a board member of the City of Columbia Parks and Recreation Foundation. Flynn is a graduate of Leadership South Carolina, Leadership Columbia, and The Riley Institute on Diversity, and was listed in Columbia Business Monthly’s “Best & Brightest 35 and under” for 2016.

Flynn graduated from Duke University with a BA in history, then went on to receive his JD from the University of South Carolina School of Law. He is a member of the National Association of Bond Lawyers (NABL).

Pope Flynn is headquartered in Columbia, SC, with additional offices in Charleston, Spartanburg, and Charlotte, NC.