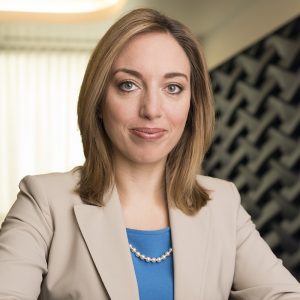 At $22 trillion, the U.S. national debt exceeds the size of the entire economy. That $67,000 per person share of the national debt is larger than a typical family’s total annual income. But what does this really mean for the country? And what does it mean for you personally?

In this year’s BB&T Lecture at Presbyterian College, leading fiscal and economic expert Romina Boccia will discuss the driving forces behind the growing debt and reveal its impact on our economy and financial future.

Her team leads the production of Heritage’s Blueprint for Balance, an annual federal budget plan that was the foundation of President Trump’s budget proposals to Congress. The plan has had a profound influence on congressional budget resolutions.

Boccia is often introduced as “an economist who speaks English” for making complex topics easily understood. She is a sought-after speaker and panel moderator who frequently travels the United States to speak at conferences and on college campuses. Boccia often advises members of Congress and their staff, and appears regularly on national television and on podcasts and talk radio.