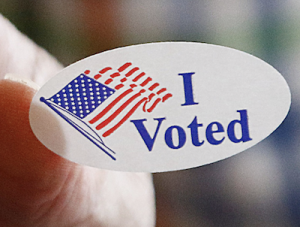 The increase in election signs over the last two weeks were an indication that primary elections were coming up. Traditionally primary voter turnout is lower than that of a general election, but it also depends on the races on the ballot.

This time there were two local races in which incumbents faced opposition. Also on the ballot on June 14 were several statewide positions.

Locally, South Carolina Representative Stewart Jones (R-District 14) faced off against two opponents, Joe Benson, and Cole Kazmarski. Jones won the primary election decisively receiving 2,258 votes which was 61.5 percent of the total votes. Benson received 955 votes and Kazmarski received 458 votes. Republican Jones will be on the ballot in the general election in November with Democrat opposition in Daniel Duncan.

Another contested primary was for District 42. South Carolina Representative Doug Gilliam faced off with candidate Melinda Butler. Gilliam defeated Butler in both Laurens and Union Counties. Gilliam has no Democrat opposition in November.

“Primary day voting went very well,” said Lynne West Director of Voter Registration and Elections for Laurens County.  “We are very appreciative of the many poll workers who volunteered.”

The general election will take place on November 8.