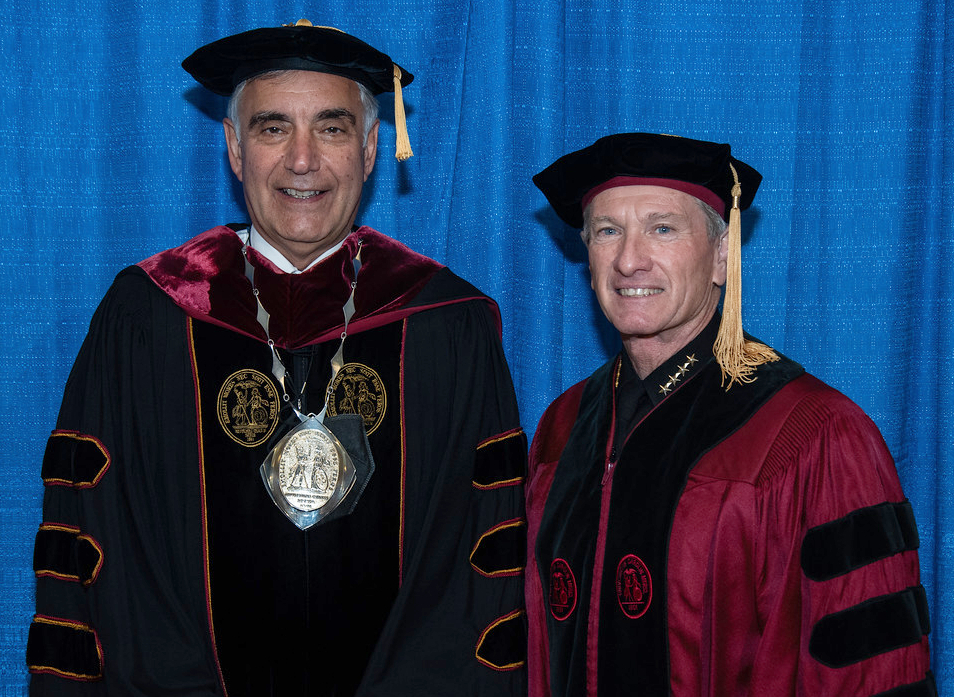 Richland County Sheriff honored by the University of South Carolina

“We are proud to recognize Sheriff Leon Lott, an outstanding alumnus of Carolina, for more than four decades of service to the state, the community, and the university; and for representing the finest traits and achievements of a true peacekeeper,” said USC Interim President Harris Pastides.

Lott, who holds degrees from both USC-Aiken and USC in Columbia, is a graduate of the FBI National Academy, the FBI National Executive Institute, Harvard University’s John F. Kennedy School of Government, and Furman University’s S.C. Diversity Leadership Academy. He earned a Masters in Emergency Management from Lander University in 2016.

Lott’s relationship and work with USC stretches back decades: For years, he has lectured and taught classes at the USC School of Law and USC’s Department of Criminology and Criminal Justice. He regularly speaks to USC’s athletic teams about safety, social issues, and team-and-community leadership; and his longstanding relationships with USC’s major sports head coaches and athletics directors have existed since he was first elected sheriff in 1996.

“This is my university and I’ve always been there for the students, not only as sheriff, but as a fan and one of their biggest supporters,” said Lott, himself a starting pitcher on the USC-Aiken Baseball Team in the early to mid-1970s. “I attend all the home games. I speak to the teams every season, and I address the football team at least four times a year. I’m there to support the various coaching staffs as well.”

Lott’s citation for his honorary doctorate noted his successful community-oriented policing efforts, his department’s recent “peace officer” branding initiative, his command at the rank of brigadier general of the S.C. State Guard (a component part of the S.C. Military Department, which also oversees the S.C. Army National Guard, the S.C. Air National Guard, and the S.C. Emergency Management Division), and his myriad state, national, and international awards, honors, and recognitions during his nearly 50-year career in law enforcement.