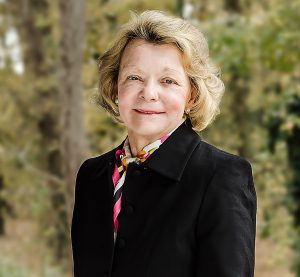 Margaret Pope, an attorney concentrating in public finance and government law and founder of Pope Flynn, a Columbia-based law firm, has been selected for the 2020 South Carolina Super Lawyers® list in Government Finance. Super Lawyers receives peer nominations that are evaluated by independent third-party research across 12 key categories, including experience, transactions, representative clients, honors and awards, pro bono and community service, and bar and professional activity, among others. A panel of peer attorneys listed in South Carolina Super Lawyers® then further evaluates the nominees, and selects 5% of a state’s attorneys to a Super Lawyers list. Pope also was one of six women attorneys featured in the annual South Carolina Super Lawyers magazine’s recent piece on women in the law. The article, presented in first person via a series of interviews with the attorneys, covers a range of topics, including mentoring, work-life balance, early jobs, and choosing the field of law. The roundtable interview may be found at https://tinyurl.com/MPRoundtableSuperLawyers.

During the course of her storied 40-year career, Pope has been involved in transactions involving all types of public entities in South Carolina and practically every security and financing structure. She often lectures at continuing education events, both for those in the legal field and for those serving in the public sector. She has served on panels of the Bond Attorneys’ Workshop of the National Association of Bond Lawyers, and is a frequent speaker at the annual conferences of the Municipal Association of South Carolina, the South Carolina Association of Counties, and the Special Purpose District Association. She also has decades of experience in developing legislative initiatives and in providing assistance, in a non-lobbying capacity, in drafting legislation and in presenting legislation to the General Assembly for the State of South Carolina..

Pope, founding attorney of Pope Flynn and past President of the American College of Bond Counsel, received the Best Lawyers® 2019 Public Finance “Lawyer of the Year” in Columbia, a designation given to only a single lawyer in each practice area in each community. She was named one of 50 Most Influential People in the Midlands by Columbia Business Monthly in 2015, and received a 2013 Leadership in Law Award from South Carolina Lawyers Weekly. In 2018 she was included in the 2018 Legal Elite of the Midlands listing by Columbia Business Monthly in Banking and Finance Law, one of eleven attorneys in the Midlands in that category.

Pope is the Past President and founding member of The Crescent Society, a group dedicated to “Recognizing and Inspiring Leadership Excellence in South Carolina Women,” and has served on the board of directors of the Governor’s School for the Arts Foundation, the Palmetto Trust, and the Historic Columbia Foundation. She graduated with a degree in political science from Emory University, then went on to receive a JD from USC’s School of Law.

Pope Flynn, founded in 2008 and concentrating in public finance and government law, has grown from three attorneys in Columbia SC to thirteen attorneys, with additional offices in Charleston, Spartanburg, and Charlotte, NC.