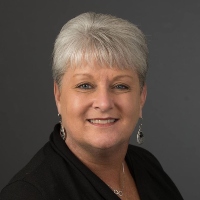 Prior to joining the Advisory Board, Mary served over 15 years as an active volunteer where she played a crucial role in helping to carry out The Salvation Army’s mission. In 2020, Mary was awarded the United Way of the Midlands Community Impact Award exemplifying her core values of commitment to volunteerism and support of human service needs in the Midlands.

“It is an absolute privilege to be on the Advisory Board of the Salvation Army and help those in need in our community,” said Sesler. “The Salvation Army is truly ‘Doing The Most Good’ for the Midlands of South Carolina and I am blessed and humbled by the opportunity to serve.”

Mary has enjoyed a long-standing career in real estate where she began her career with Russell & Jeffcoat Real Estate Company, the largest real estate company in the Midlands. She has held many positions from selling real estate to Director of Marketing and Broker-in-Charge. In March 2016, Russell & Jeffcoat Real Estate Company was bought by Coldwell Banker Realty. She is currently the Transaction Coordinator for many top producing agents in the Coldwell Banker Midtown Office.

“The Salvation Army looks forward to working closely with Mary as she serves in this role through March 2022. Together, we will continue to provide programs all year long combatting homelessness, helplessness and hardship in our community,” said Major Morris.

About The Salvation Army

The Salvation Army annually helps nearly 23 million Americans overcome poverty, addiction, and economic hardships through a range of social services. By providing food for the hungry, emergency relief for disaster survivors, rehabilitation for those suffering from drug and alcohol abuse, and clothing and shelter for people in need, The Salvation Army is doing the most good at 7,600 centers of operation around the country. In the firstever listing of “America’s Favorite Charities” by The Chronicle of Philanthropy, The Salvation Army ranked as the country’s largest privately funded, direct-service nonprofit. For more information, visit the website. Follow us on Twitter @SalArmyMidlands, Facebook @SalvationArmyMidlands and #DoingTheMostGood