There comes a memory from long ago when Georgia had yet to win 1980 and 2021 national champions. No worries, Georgia was and is an annual world champion for those who compete for the green jacket.

Living some 37 miles from Augusta National as I once did, to go to the Masters then was far easier. As school went, we yielded to temptation when practice rounds tickets were as available as Coca Colas. Thus, did I skip school. It was a spring day. My first trip to Augusta National. A practice round. The year a golf ball hit me, 1966.

Bruce Devlin teed off at Juniper’s elevated tee, No. 6, and the ball came soaring over the drop-off toward the green. “Look out.” I was sitting to the right of the green on a hill. I heard a thump, then felt Devlin’s ball hit my back. Two officials materialized, one on each arm to be sure I was okay. I stood and the ball rolled downhill between my feet. No harm done. 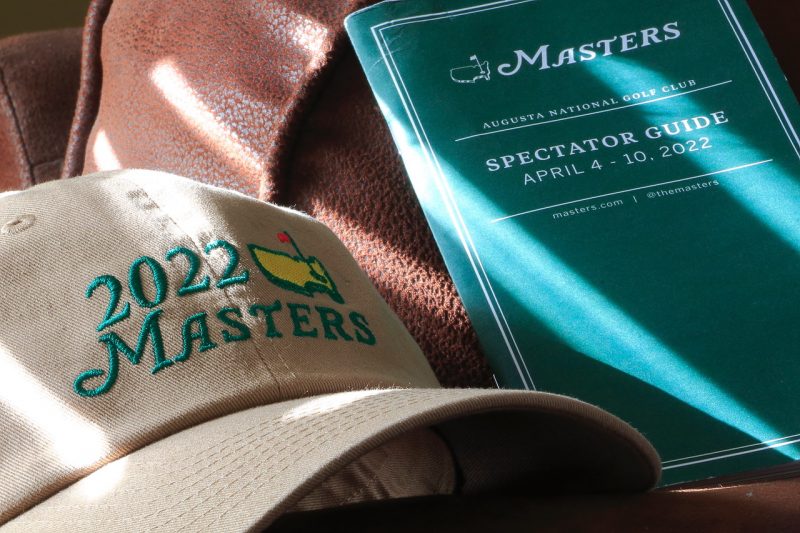 Among primeval memories is hearing about Fruitland Nurseries, destined to become the world’s most iconic golf course. I want to say I saw its sign but that can’t be. I see it in my mind though, a latticework of letters, like that Hollywood sign.

I have other Masters memories, and what’s good is I’m not a golfer. I don’t get caught up in rules, layups, chips, fades, and such. That frees me to marvel at the trees, flowers, emerald grasses, and snowy, chalk-like sand traps. Bluebirds even. Things like Rae’s Creek, namesake of John Rae, Irish trader and one of Augusta’s founding fathers. Rae’s Creek winds through Amen Corner, often to a golfer’s dismay.

Things like standing by Greg Norman whose shoulders seemed like shoulder pads. Standing by Seve Ballesteros, the dashing Spaniard who left us at age 54. Then there was hearing Bernhard Langer discuss weather and play, and I stood yards away when Jack Nicklaus won his sixth and last Masters in 1986. Langer helped Nicklaus slip on the legendary jacket, a brilliant rye green known as Pantone 342.

I grew up on the Augusta Highway, aka Washington Road, which runs by Augusta National and its avenue of magnolias. How many times have I gazed down Magnolia Lane and its 122 trees, sixty-one per side. Drive past now, before or after Masters time, and you’ll see gates. But that never stops me from staring. Saturday I stood within touch of those magnolias, their leather-like leaves fallen onto velvet-like grass.

During the third round I watched from the no. 6 tee box. Lots to see and hear. Like the iron’s airy-rip-whoosh-crack of the ball like a bone snapping. Most startling? The roar from a gallery greens away as a super shot found the cup. In between pairings, I watched groundskeepers replace divots. When done, all seemed good as new. Scottie Scheffler came through and sent a divot flying. The rest is history. The green jacket is his, for a year.

The Masters, it’s one event where long lines to the bathroom plague men. Women walk right in but men form a queue. They know this unheard scenario is par for the course for the male-dominated crowd.

Writing and golf are alike. You have to do them all the time to be any good. Golf is not my sport. Takes too much time. But I love the Masters, that well-oiled machine that’s the best-run sporting event in the world. Nothing is left to chance. All is beautiful. It’s a grand spectacle where people put on their better side, and for seven magical days Augusta reigns as the center of the universe.