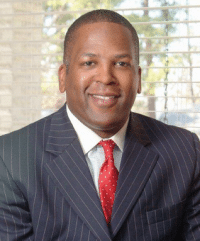 Mayor Steve Benjamin will conduct a course in health policy on the Boston, Massachusetts campus of Harvard University.

The Harvard T.H. Chan School of Public Health has announced the appointment of Mayor Steve Benjamin as the Richard L. and Ronay A. Menschel Senior Leadership Fellow for their Spring 1, 2022 term.

Mayor Benjamin will teach a course in health policy and leadership, and in each class will share his approach to tackling a different challenge, including the COVID-19 pandemic, gun violence, climate resilience, and racial justice.

During his tenure as Columbia Mayor from 2010 to 2021, Mayor Benjamin served as President of the U.S. Conference of Mayors in 2018-2019 and as President of the African-American Mayors Association in 2015-2016, and drew national attention for a number of his priority initiatives.

The Senior Leadership Fellows Program offers a rare opportunity for those who have recently served in top-level positions in government, multilateral institutions, non-profit organizations, and journalism to spend time at the School mentoring and teaching students who aspire to similar roles. Mayor Benjamin will hold regular office hours to meet with students, faculty, and staff during his time on the Harvard campus in Boston, Massachusetts.